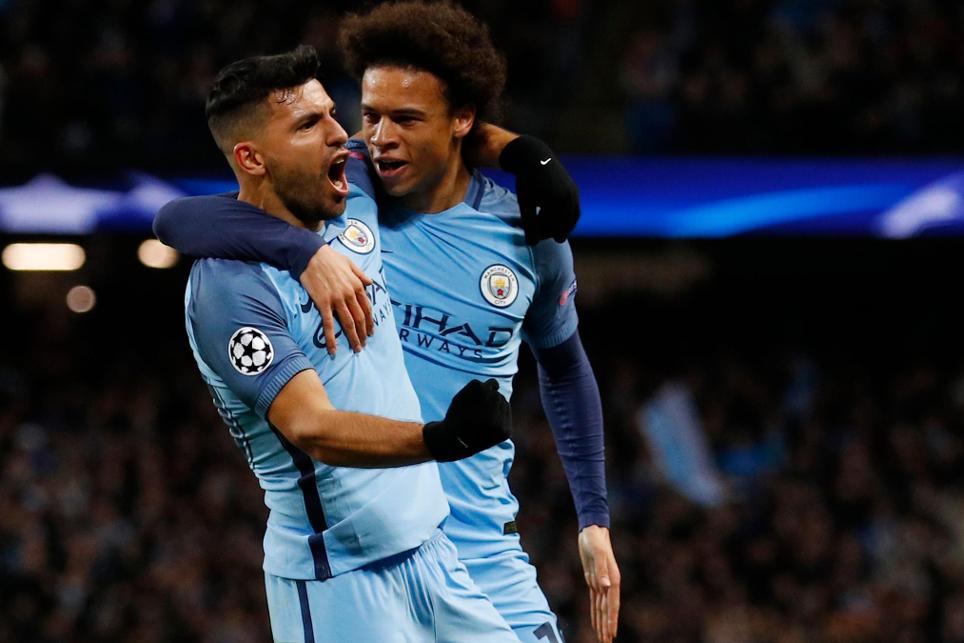 Sterling: What a game to be part of! External Link

Fantasy Premier League managers will have had mixed emotions as Sergio Aguero (£12.7m) roared back into form during Manchester City’s UEFA Champions League win over Monaco on Tuesday.

The Argentinian (who has netted only once in his previous eight Gameweeks) grabbed two goals and an assist in the 5-3 victory, stepping up his output at a time when injured City team-mate Gabriel Jesus (£9.2m) is the most sold player in FPL.

But as City’s schedule could leave them with only one match in the next three Gameweeks, Aguero and his team-mates remain off-limits.

Pep Guardiola’s side will sit out Gameweek 26 as their scheduled opponents, Manchester United, are playing Southampton in the EFL Cup final.

Their Gameweek 28 home meeting with Stoke City will also be postponed should City beat Huddersfield Town in their FA Cup replay.

Factor in testing encounters with Liverpool, Arsenal and Chelsea and it is not until Gameweek 32, ahead of an improving run of fixtures, that City’s enticing attacking assets should enter the FPL equation.

The pair used the European stage to sparkle again, providing a goal and an assist apiece against Monaco.

Acquired by 11% of FPL managers, Sterling has snapped into a prolonged spell of consistent returns – his recent strike in the Gameweek 25 win at AFC Bournemouth ensured he has scored or assisted in eight of the last 10 Gameweeks.

Meanwhile, the 0.8%-owned Sane has become a late-season differential.

After a slow start, the German has settled to deliver attacking returns in four of his last five Gameweek appearances, earning two goals and a pair of assists over that spell.