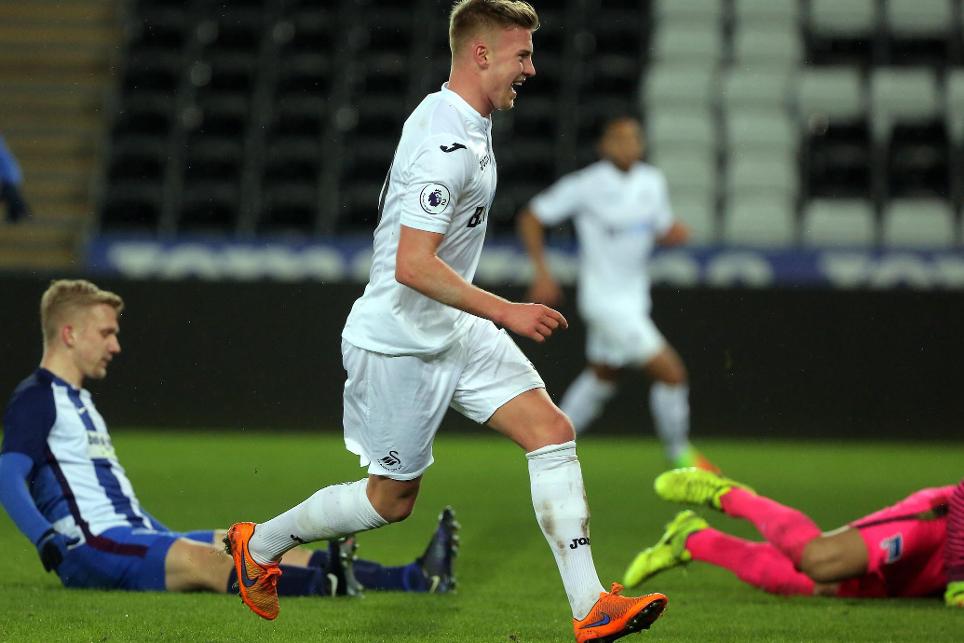 King put the Swans ahead in the eighth minute but Julius Kade equalised immediately after the interval.

Oliver McBurnie instantly restored Swansea's lead and Daniel James made it 3-1 before King struck twice more to complete his treble and take his side safely through.

The Swans join Sunderland, Norwich City and Porto in the last four.

🗣 “It was the perfect result and overall a fantastic team performance from the lads."https://t.co/01IMygipZh

Swansea are back in action on Monday when they play a Premier League 2 match with West Bromwich Albion at Kidderminster, knowing that a victory could put them on the verge of promotion.

The draw for the Premier League International Cup semi-finals will take place today. Follow @PLYouth on Twitter for more.