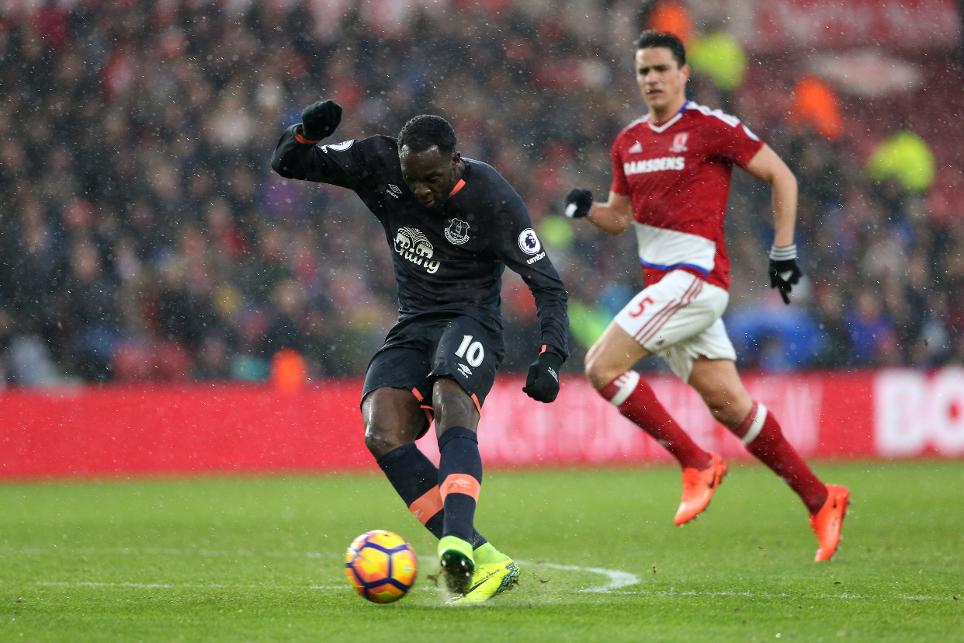 The 16-goal Belgian has produced 27 points over his last four starts, even if 21 arrived via a double-brace against AFC Bournemouth in Gameweek 24.

Trailing by only three points (142 to 145), Lukaku benefits from three promising home fixtures in the next four Gameweeks, as Sunderland, West Bromwich Albion and Hull City are due at Goodison Park.

Everton are guaranteed fixtures in Gameweek 26 and 28, whereas Ibrahimovic risks missing both should United progress to the FA Cup quarter-finals.

The top transfer target among forwards since his two goals at Sunderland eight days ago, Gabbiadini is not scheduled to return to action until he travels to Watford in Gameweek 27 (Southampton will miss Gameweek 26 due to the EFL Cup final).

Deeney has scored in three of the last four Gameweeks, while Niang has impressed with a goal and an assist despite being limited to only three appearances.

They enjoy back-to-back home matches against West Ham United and Southampton but face a postponement in Gameweek 28 after Chelsea's progress to the last eight of the FA Cup.

Deeney also ranks highly in the ICT Index over the last four Gameweeks and represents the nearest rival to Ibrahimovic.

The Watford captain has fired five close-range efforts, coupled with 15 touches in the opponents’ penalty area.

But the Belgian has returned only one goal in this spell, at AFC Bournemouth in Gameweek 23 (his only strike in 10 appearances).

Owned by 3.2% of managers, Barnes has started the last nine Gameweeks for Burnley and produced 13 attempts in the last four outings.

Scoring 189 for Threat, no forward can better his six efforts on target over this period.

Compared with his averages from Gameweeks 17-21, Barnes' FPL potential is on the rise.

He fired in an average of 3.2 goal attempts in the past four Gameweeks, up from 1.0 from his previous five starts, despite facing Arsenal and Chelsea.

Burnley offer a guaranteed fixture in Gameweek 28, although managers should note they face four consecutive away matches.

The Middlesbrough pair of Alvaro Negredo (£6.3m) and Cristhian Stuani (£4.7m) are also notable inclusions in the top 10.

Like Barnes, both have upped their output in recent matches.

Negredo had been averaging 1.6 goal attempts a match up to Gameweek 21. That has increased to 2.5 over his last four outings, courtesy of 10 efforts on goal, eight from within the penalty area.

Stuani, who scored Boro's FA Cup winner on Saturday, has shown signs of rekindling his potential as a budget FPL asset.

The Uruguayan has registered six attempts from inside the box, having started three of the last four matches.

Stuani had registered only nine penalty-area attempts over his 13 appearances up to Gameweek 22.