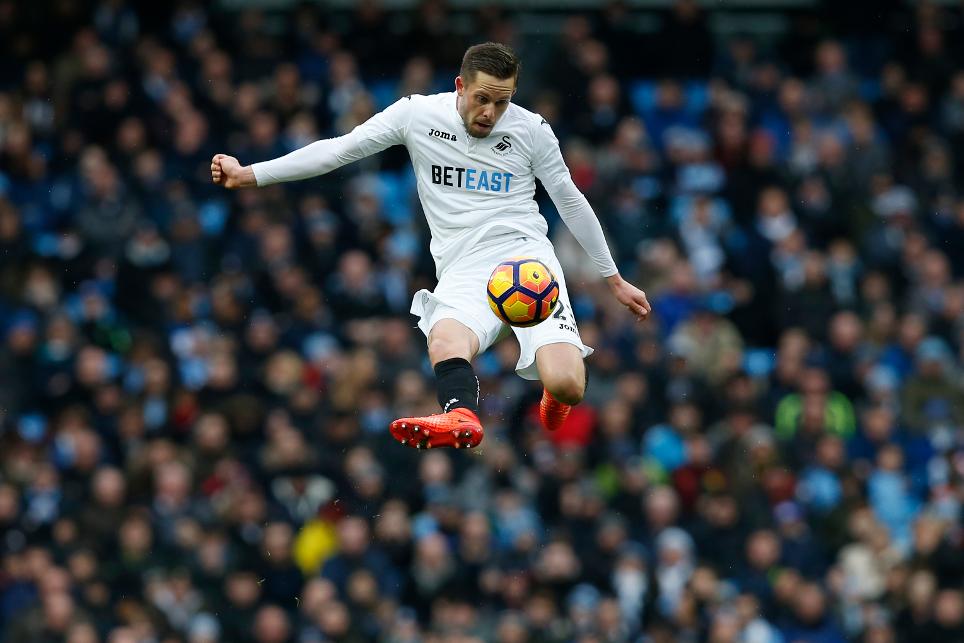 The Scout’s analysis of the in-form Fantasy Premier League performers by position continues with midfielders.

Gylfi Sigurdsson (£7.5m) tops the form charts thanks to his recent contributions to Swansea City's revival.

Owned by 12.3% of managers, the playmaker has produced 32 points, courtesy of three goals and a pair of assists over his last four outings.

He has provided points in five of six appearances under Paul Clement, scoring or assisting 60% of the Swans' goals under the new head coach.

With Clement's side one of only six teams certain to feature in both Gameweeks 26 and 28, more than 29,000 FPL managers have bought Sigurdsson.

Alexis Sanchez (£11.8m) has strengthened his status as the top-scoring player in FPL by accumulating 29 points since Gameweek 22.

But despite recording three goals and an assist, the Arsenal star has suffered more sales than any FPL midfielder since the weekend because he will miss the Gameweek 26 fixture.

The 11.1%-owned Sterling produced a goal and four assists and has delivered points in eight of the last 10 Gameweeks.

De Bruyne netted twice and also provided a 12th assist of the season (more than any other player) but has failed to return points in the last two Gameweeks.

Morrison has assured fixtures in both Gameweeks 26 and 28, and a home encounter against Crystal Palace in Gameweek 27 makes him a contender as a budget-bracket option.

Sanchez tops the ICT Index from Gameweeks 22-25, with Sigurdsson the runner-up.

The pair were first and second for goal attempts (19 and 15 respectively) and are tied on seven shots on target apiece.

Returning to a central-striker role for Gameweek 22, the goal threat from Sanchez remains unrivalled. He produced the most efforts inside the opposition area (11) among FPL midfielders, with Liverpool’s Roberto Firmino (£8.4m) next with 10.

Firmino scored twice over the previous four fixtures but has struggled for accuracy ahead of a Gameweek 26 trip to Leicester City, with only four of his 13 attempts finding the target.

His eight shots on target are more than any midfielder, while he also created nine chances.

They have fired eight attempts inside the opposition penalty area, with both finding the net over the past four Gameweeks.

Man Utd and Man City supply the ICT top 10 with five players but, like Arsenal, both clubs will miss Gameweek 26 and could be without a Gameweek 28 fixture should they progress to the FA Cup quarter-finals.

AFC Bournemouth’s Joshua King (£5.3m) is worth a mention because he has benefitted from a striker role to score three goals in his last four starts.

The Norwegian has emerged as a budget-friendly option for managers ahead of meetings with West Bromwich Albion and West Ham United in Gameweeks 26 and 28 respectively.

King has fired 11 efforts on goal in his last four outings, with his nine shots inside the penalty area bettered only by Sanchez and Firmino.