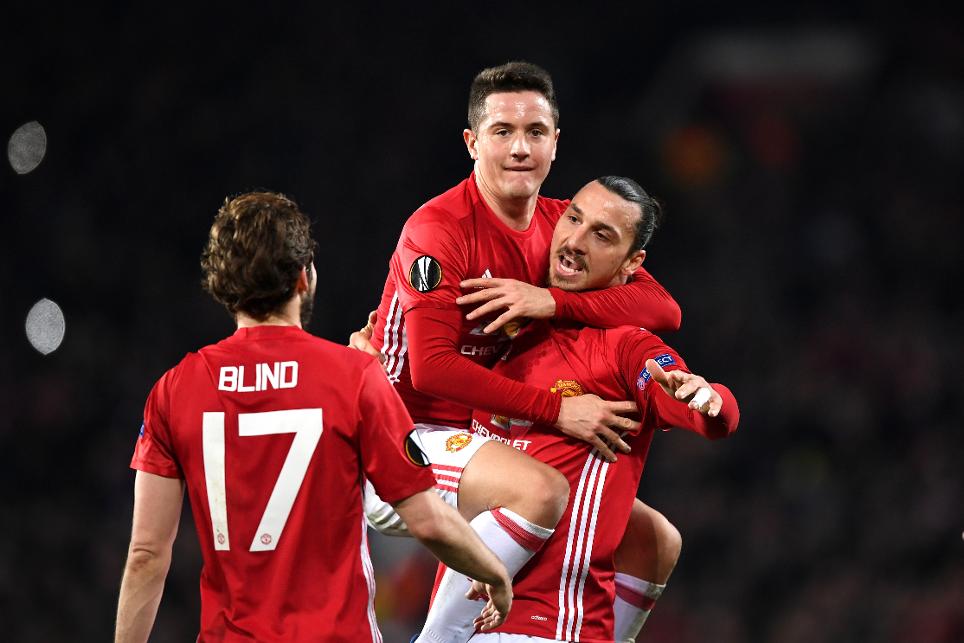 Striker scores hat-trick ahead of blank Gameweek, but is Man Utd star worth hanging on to?

Zlatan Ibrahimovic (£11.5m) made an emphatic return to form as Fantasy Premier League managers continue to part company with the Manchester United striker ahead of Gameweek 26.

The Swede scored his first hat-trick for the club in a 3-0 UEFA Europa League home win over Saint-Etienne on Thursday evening – he benefitted from dead-ball duties on two occasions, courtesy of a free-kick and a penalty, while Marcus Rashford (£6.4m) supplied the assist for his second.

But with Man Utd missing Gameweek 26 due to the EFL Cup final, Ibrahimovic is second only to Manchester City’s injured Gabriel Jesus (£9.2m) for transfers out since last weekend’s deadline.

More than 88,000 FPL managers have moved Ibrahimovic out of their squads, with the prospect of the forward also missing Gameweek 28 should Man Utd beat Blackburn Rovers and clinch a place in the FA Cup quarter-finals.

Still owned by 39.6%, Ibrahimovic will be among the main captaincy contenders for Gameweek 27 when AFC Bournemouth visit Old Trafford.

Thursday’s result also maintained a recent run of clean sheets for the Red Devils, with five successive shutouts across all competitions.

Elsewhere, Tottenham Hotspur will monitor the fitness of Harry Kane (£11.2m) after the forward sustained a minor knee problem against Gent.

A 1-0 loss in Belgium means that Mauricio Pochettino’s side have scored only once in the last four matches in all competitions – a Kane penalty against Middlesbrough in Gameweek 24.

While Kane has played down the severity of the injury and expects to be fit for Sunday’s FA Cup match at Fulham, he has been sold by more than 21,000 FPL managers since last weekend.

Alli (one goal in five Gameweeks) and Eriksen (no goals in nine PL outings) have also been shown the exit door by FPL managers this week.

With more than 34,000 sales, Alli is second only to Arsenal’s Alexis Sanchez (£11.8m) for sales among FPL midfielders, while 27,000+ have moved Eriksen on, despite a favourable Gameweek 26 home encounter with Stoke City.

Spurs are also among the sides who could yet suffer a postponement in Gameweek 28 should they defeat Fulham at Craven Cottage to secure a spot in the last eight of the FA Cup.