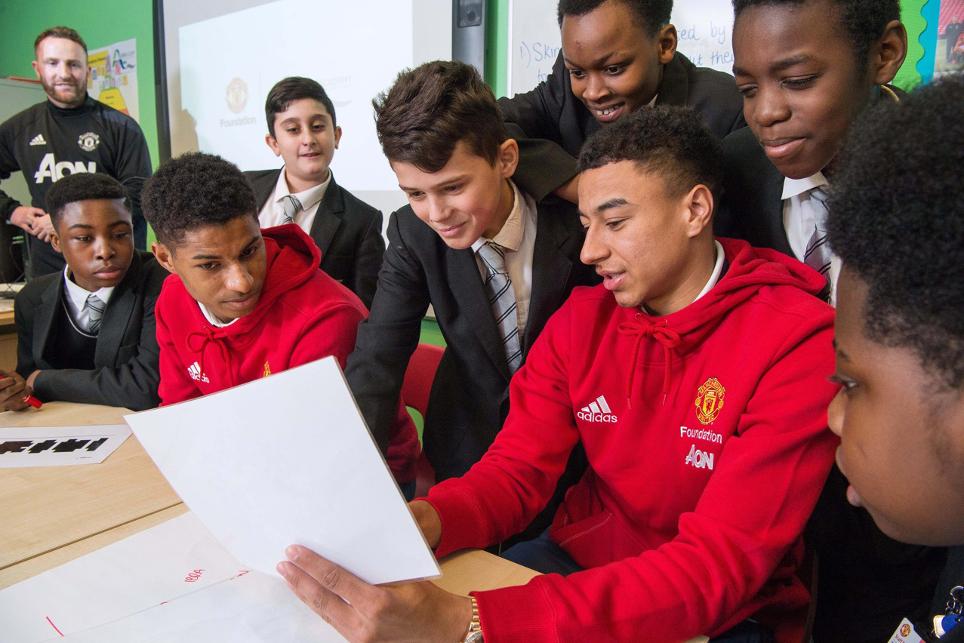 Throughout the year, the Manchester United Foundation uses the appeal of the club badge to inspire young people and students in schools across the city.

As part of this work, the MU Foundation recently hosted its #SchoolsUnited initiative, where the United first-team squad host schoolchildren at the Aon Training Complex or travel to primary and secondary schools to see the Foundation's programmes in action.

"It means a great deal to hear the players encouraging our students to work hard and try their very best even when things are challenging," said Mrs Hughes, headteacher of Loreto High School Chorlton, which was visited by Michael Carrick and Phil Jones.

"Our students do work hard but it certainly helps to motivate them to reach for the stars, when they meet role models who are at the top end of their game."

Ashley Young and Henrikh Mkhitaryan visited Manchester Academy, in Salford, for French and English lessons as well as seeing the work of Street Reds, the Foundation's Premier League Kicks programme, which has engaged more than 1,000 people in 12 different locations since September.

"A special moment for me was the way both Ashley and Henrikh interacted with our students," said Manchester Academy Principal Andy Griffin. "Here at the academy, we have an incredibly diverse community; Henrikh speaks several languages and it was just great to see the children's engage with the players in a really positive manner."

Since September, Move With Man Utd has engaged with more than 1,100 young people in 38 primary schools.