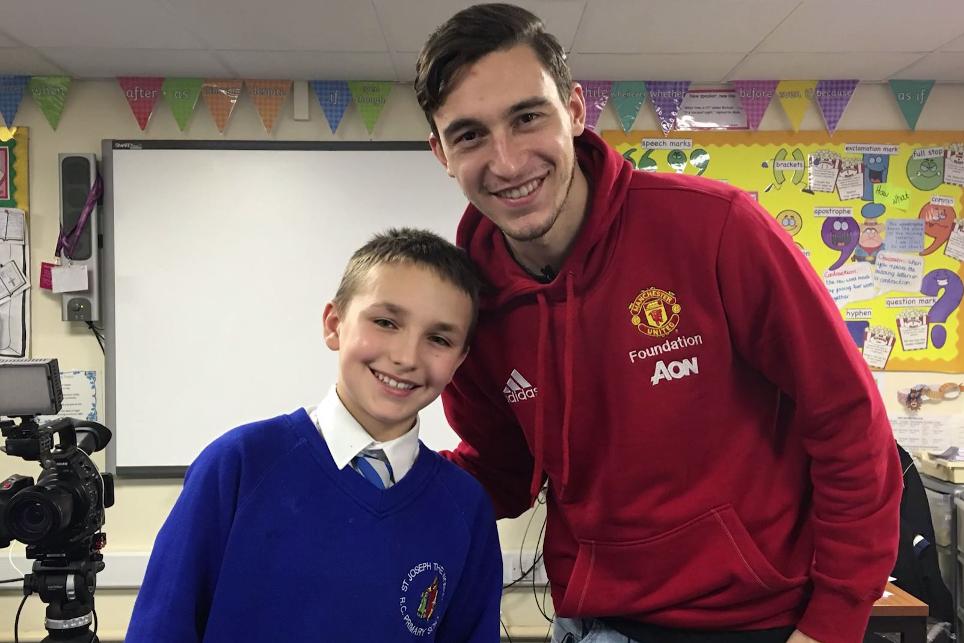 As part of the Manchester United Foundation’s #SchoolsUnited initiative, one lucky pupil from St Joseph the Worker primary school, in Irlam, got the chance to sit down and ask some questions of United defender Matteo Darmian.

But before the interview began, Darmian had to make sure he had the name of Mason, his interviewer, correct.

Find out in the video above which Premier League players were Darmian's toughest opponents and his idol growing up.