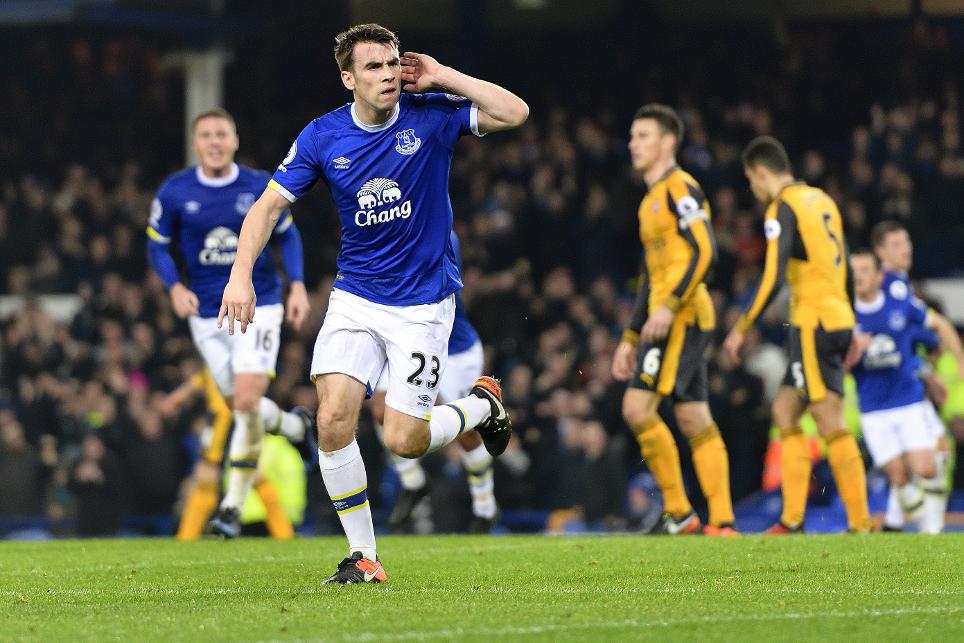 The Scout’s analysis of the in-form Fantasy Premier League performers by position continues with a look at defenders.

Seamus Coleman (£5.9m) is the most in-form FPL defender having earned 31 points over the previous four Gameweeks.

Producing a goal, two assists and pair of clean sheets, the Everton right-back has supplied attacking or defensive points in seven of his last eight appearances.

Second only to Coleman for transfers in since Saturday, McAuley supplied his 30.3% FPL owners with a goal, an assist and two clean sheets in that period. He has five goals this season, more than any defender.

Scoring for the third time in six Gameweeks in the 2-0 weekend win over Leicester City, the centre-back also helped his side to a first clean sheet in 10 attempts.

Like Everton and West Brom, Swansea are one of only six sides with guaranteed fixtures in both Gameweeks 26 and 28.

Bertrand has delivered three assists and two clean sheets in the last four fixtures, while Valencia served up three shutouts and a single assist.

They are without a Gameweek 26 fixture due to the EFL Cup final and could miss Gameweek 28 as a result of the FA Cup quarter-finals.

Coleman is ranked top of the ICT Index across the last four Gameweeks.

He has registered five goal attempts and as many key passes, recording three efforts on target.

Valencia is in the runners-up spot. Top-scoring for ICT Creativity, the Ecuadorian has produced the most touches in the final third (147) and successful crosses (11) among defenders since Gameweek 22, creating seven scoring chances.

The Palace defender has produced six attempts on goal, all from inside the box, and has scored once.

Dann’s total of four efforts on target is more than any defender, with manager Sam Allardyce looking to utilise his aerial prowess at set-pieces.

Brunt bettered team-mate McAuley for efforts on goal (six to three) from left-back and also created five scoring chances, yet sits in only 4.3% of squads.

Top for ICT Influence, Swansea’s Mawson found the net with two of his four shots, but only 0.5% of FPL managers have him in their squads.

Hull City’s Harry Maguire (£4.4m) is another standout candidate, having fired more shots than any defender over the past four Gameweeks, with three of his eight efforts on target.

Crucially, Hull are also due to play in both Gameweeks 26 and 28, at home to Burnley and Swansea, so heightening Maguire’s FPL appeal.