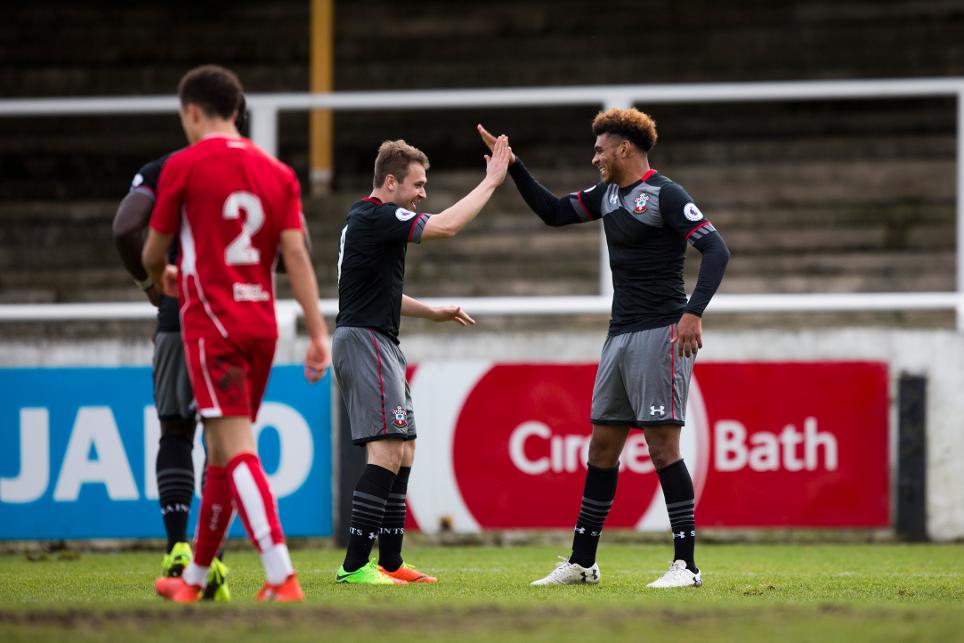 You could tell we wanted something from the game, says Jaïdi External Link

Ryan Seager (above left) scored one goal and set up the other to send Southampton top of Group A with a 2-0 victory over Bristol City.

The 21-year-old opened the scoring after only four minutes with a thunderous strike before teeing up Marcus Barnes (above right) midway through the second half to beat Jojo Wollacott in the City goal.

Catch the best of the action from an important win for #SaintsFCU23s in the #PLCup: https://t.co/Klp3NaAeHi

Saints go two points above Newcastle United and Swansea City and know avoiding defeat against Newcastle in their final match on 28 February will secure a place in the last 16.

Bristol City stay fourth on three points but can still qualify, with two matches to play, both against Swansea.