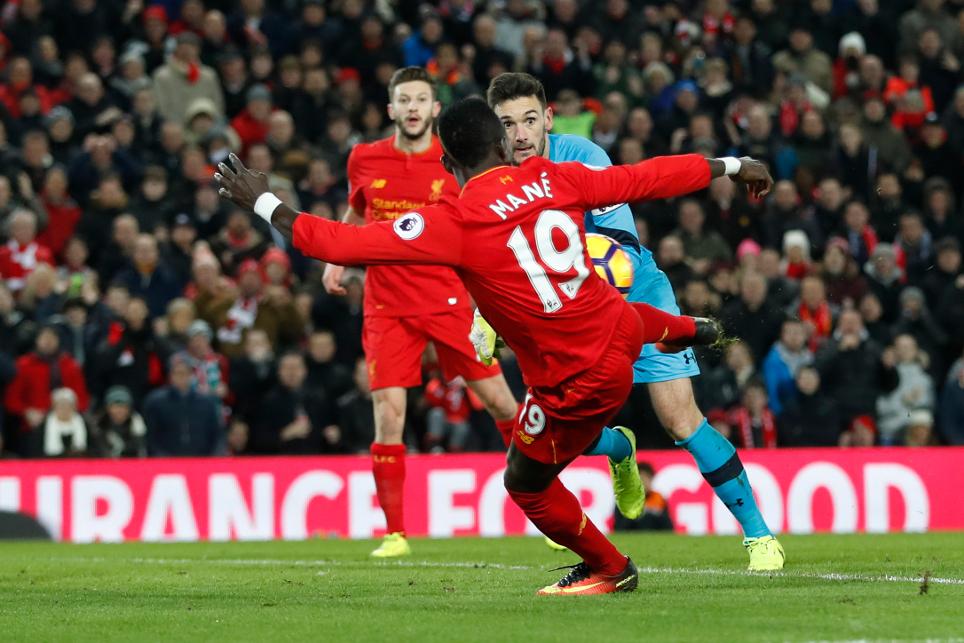 The winger, who missed most of January on Africa Cup of Nations duty, opened the scoring after 16 minutes, finishing Georginio Wijnaldum’s through-ball.

The contest was more even in the second half although Joel Matip headed straight at Lloris and Philippe Coutinho shot wide.

Liverpool’s first league win of 2017 puts them on 49 points in fourth, within one of Spurs, who remain second despite their nine-match unbeaten ending.

Spurs could see the gap behind Chelsea extend to 12 points tomorrow.