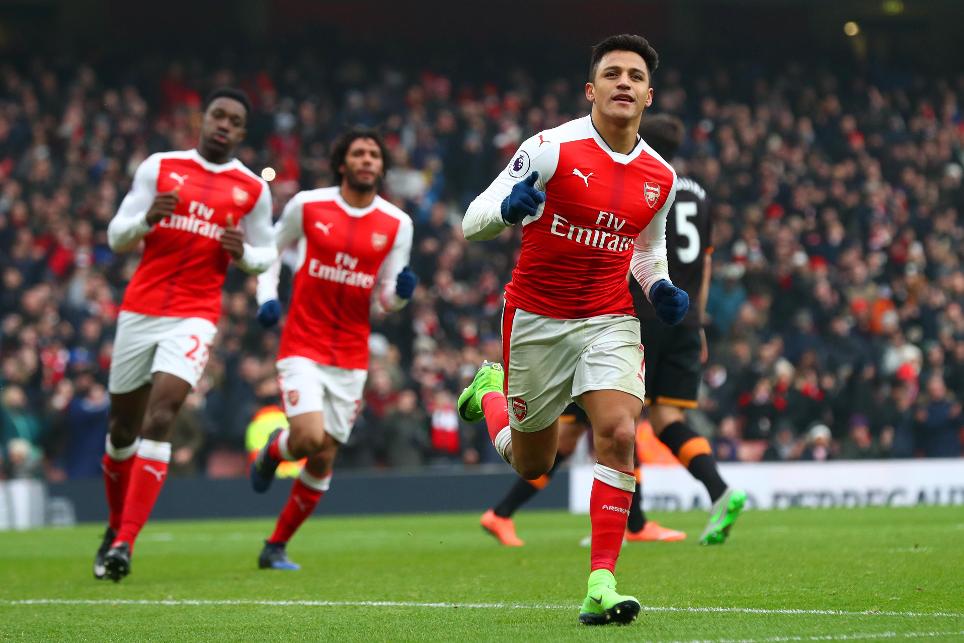 'We must show we're a strong unit now' External Link

Arsenal ended their two-match losing streak with a home win over Hull City.

Alexis Sanchez scored in both halves as the visitors were reduced to 10 men late on.

Hull began brightly and Oumar Niasse forced a save from Cech in the first half, but the Gunners edged ahead when Sanchez struck from close range on 34 minutes after Kieran Gibbs’s shot had been blocked.

Hull defender Adama Diomande headed over late on but Sanchez doubled his tally to move top of the scorers’ charts on 17 goals, scoring with a stoppage-time penalty after Sam Clucas had handled Lucas Perez’s header, earning himself a red card.