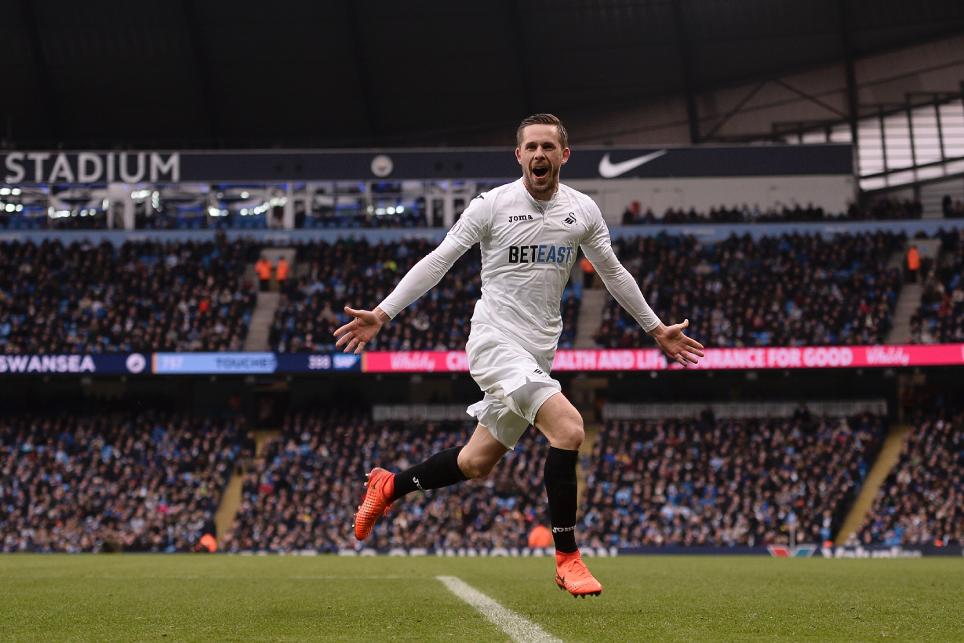 FPL Show: 'Gibson would be a great addition'

Ayew's back in a familiar number External Link

Subject to over 136,000 transfers in, more than any other FPL midfielder in the Gameweek, the Swansea City playmaker is set to rival popular pair Alexis Sanchez (£11.8m) and Zlatan Ibrahimovic (£11.6m) for our armband attentions.

Sigurdsson has produced three goals and two assists in five appearances since the appointment of manager Paul Clement and welcomes a Foxes defence that has conceded three goals in all but one of their last four away trips.

The case for Sanchez remains strong.

The top scoring player in FPL, the Chilean has served up a goal or assist in 10 of his previous 12 outings, but he has struggled to hit the heights of late, managing just one double-digit return from Gameweek 15 onwards.

It will also be resurgent Hull City who arrive at Emirates Stadium.

The early impact of new head coach Marco Silva has introduced a new level of resilience that has helped the Tigers earn clean sheets against Manchester United and Liverpool in their last two Gameweeks.

Like Sanchez, Ibrahimovic boasts a consistency that is difficult to ignore.

Sunday’s strike at Leicester City means the Manchester United striker has delivered points in 10 of his last 13 Gameweek appearances.

He now faces a Watford side with only one clean sheet in their last 12 Premier League fixtures.

Sigurdsson is not the only challenger to the 'big two'; the recent transfer traffic heading the way of Manchester City’s Gabriel Jesus (£9.2m) is likely to be reflected in the captaincy race.

With three goals and an assist in his first two starts, the Brazilian has been drafted in by over 153,000 FPL managers since the weekend deadline – more than any other asset.

Jesus faces an injury-hit AFC Bournemouth defence that has been breached at least twice in all but one of the last eight rounds of fixtures, conceding six away to Everton last time out.

Second only to Jesus for transfers in among strikers ahead of Saturday’s 11.30 BST deadline, he will now face a more testing encounter at Middlesbrough.

Aitor Karanka’s side have conceded more than a single goal in just two of their last nine home matches.

Elsewhere, Chelsea’s Diego Costa (£10.5m) heads to Burnley on the back of two assists at home to Arsenal in Saturday’s 3-1 victory.

The Spainiard has netted just once in his last four appearances but has scored or assisted 10 of Chelsea’s 18 goals on the road.

He will collide with a Clarets defence that has been resolute at Turf Moor, shipping just a single goal in their last four home encounters.

With six goals in as many Gameweeks, Defoe goes in search of a fourth double-figure home haul as Southampton make their way to the Stadium of Light.

The Saints remain without the influence of Virgil van Dijk in defence and have lost six of their last seven Premier League outings.