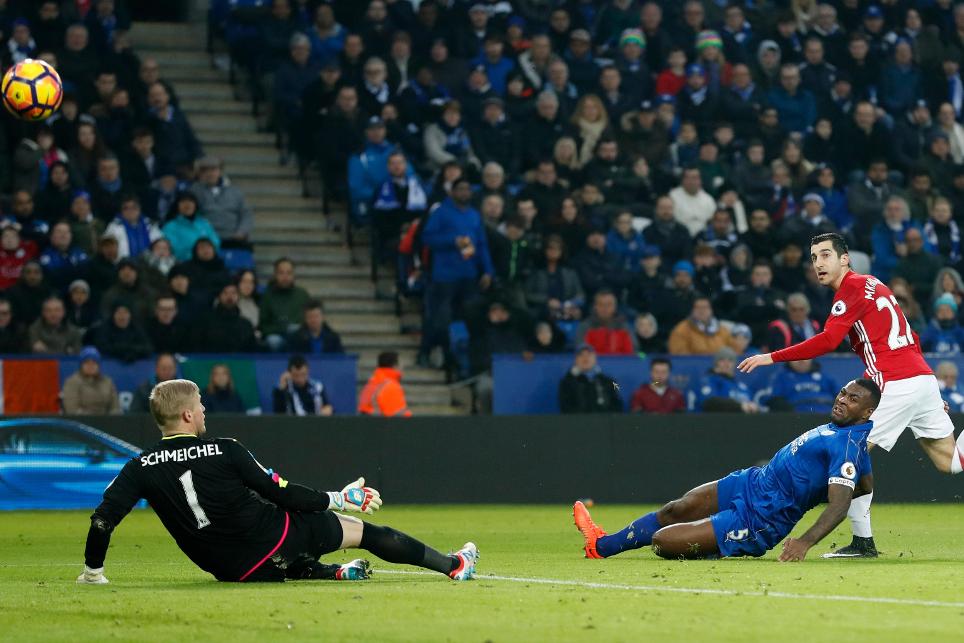 The Armenia international tallied 51 in the Bonus Points System (BPS), producing a goal and an assist at the King Power Stadium.

In a lively display, Mkhitaryan completed 88% of 60 attempted passes, three of which led to goalscoring chances, with one earning the assist for Juan Mata’s (£7.2m) strike.

He also made nine recoveries and a pair of successful tackles in addition to completing two dribbles, earning 14 FPL points – his biggest haul of the season.

The Ecuadorian made eight clearances, blocks and interceptions (CBI) and nine recoveries.

Smalling picked up a single bonus point. As well as supplying the assist for Mkhitaryan’s opener, his total of 22 CBI was more than any player in the Gameweek.

But Zlatan Ibrahimovic (£11.6m) failed to receive any bonus points despite scoring the visitors’ second.

The forward's BPS tally suffered as he was tackled twice and caught offside on one occasion.

United’s three scorers claimed the top three places in the ICT Index, with Mkhitaryan ranked first thanks to a tally of 18.5 – his highest of the campaign by some margin.

The Armenian saw off second-placed Mata’s tally of 12.1, though both were tied for shots (four) and efforts inside the penalty area (four) against the Foxes.

Mkhitaryan and Ibrahimovic were equal for both successful passes in the final third (21) and chances created, with three apiece.

But the latter managed just a single attempt on goal against Claudio Ranieri’s side, converting his first half effort to score a fifteenth goal of the season.

With three goals and an assist in his last eight Gameweek appearances, Mkhitaryan finally appears to be emerging as a worthy FPL target.

Sitting in only 2.6% of squads, the summer signing is the fourth most transferred-in midfielder for the Gameweek ahead of a home encounter against Watford, accumulating 20,000+ new owners since Saturday's deadline.

But FPL managers should be aware that United are without a fixture in Gameweek 26 due to their EFL Cup final encounter with Southampton.

They would also face a blank Gameweek 28 should they progress to the FA Cup quarter-finals.

Despite climbing to joint-top of the FPL forward standings, faith in Ibrahimovic is in decline.

The Swede was the fifth-most sold player for Gameweek 24, with 82,300 owners parting company, and has been transferred out by a further 42,000 managers since the weekend.

Only Manchester City’s Sergio Aguero (£12.7m), who has started back-to-back fixtures on the bench, has endured more sales (43,677) among strikers.

The champions have scored only one goal in the last six Gameweeks and have conceded three times in all but one of their previous four matches.