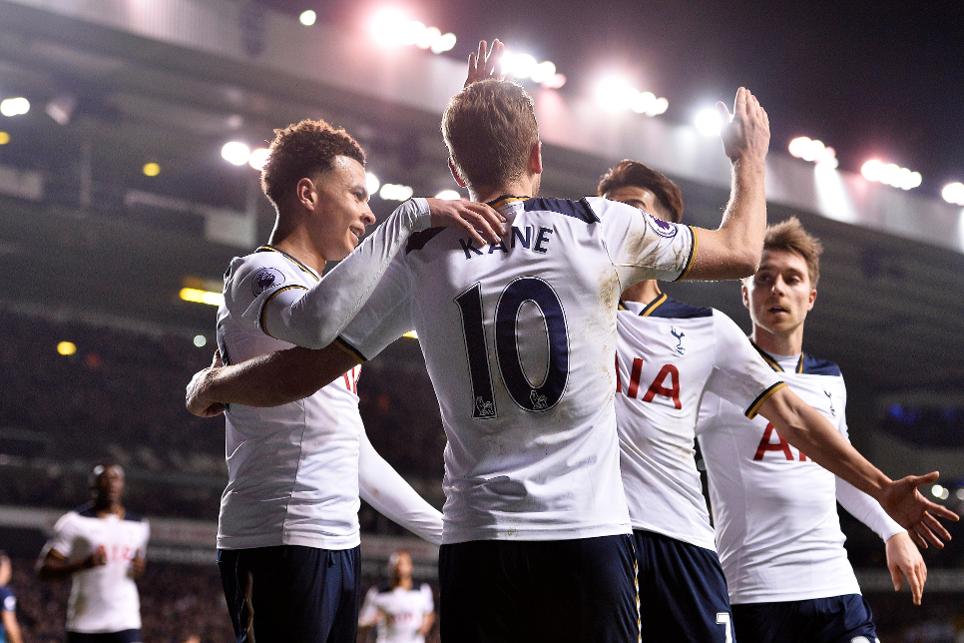 Karanka: With this attitude we will win External Link

Toby Alderweireld (£6.3m) was awarded the maximum three points, having recorded 34 in the BPS.

The centre-back collected his first bonus points of the season, winning four tackles and contributing seven clearances, blocks and interceptions (CBI) to help Spurs to an 11th clean sheet.

Walker completed 85% of 47 passes and three dribbles at White Hart Lane and now has 18 bonus points for the season, more than any other FPL defender.

With 95% of 82 passes completed and six successful tackles, the Belgian registered 26 in the BPS.

Christian Eriksen (£8.8m) was the most impressive performer in the Index, recording 14.5 overall with the top scores for both Threat (60) and Creativity (66).

The Dane produced four attempts on goal, two from inside the Middlesbrough penalty area. He also attempted 16 crosses, succeeding with three and supplying four chances.

Harry Kane (£11.3m) was second to Eriksen for Threat in Saturday's contest with 57. The striker converted the winning goal from the spot, one of three attempts from inside the opponents’ penalty box.

Son Heung-min's (£6.8m) Creativity score of 54 ranked second only to Eriksen. The South Korean was the architect of four goalscoring opportunities and provided the assist for the winning goal.

Kane's 14th strike of the campaign, his fourth from the penalty spot, has not been enough to stave off FPL sales.

The forward has been sold by 37,000+ managers following Saturday's deadline - only four FPL assets have suffered more transfers out.

That trend extends to both Dele Alli (£8.9m) and Eriksen, who are also suffering ownership losses ahead of a Gameweek 25 trip to Liverpool.

Alli, who has provided a single goal and assist in his last four Gameweeks, has been sold on by more than 21,000 FPL managers.

Eriksen has been ushered out of 20,000 squads. He is without a goal since Gameweek 16 and has failed to provide attacking returns in his previous three outings.

Spurs look forward to three home matches in their next four following the trip to Anfield, with Stoke City, Everton and Southampton the visitors.

Their Gameweek 28 trip to Crystal Palace could yet be postponed should Spurs progress to the FA Cup quarter-finals.

FPL interest in Middlesbrough remains focused on their defensive assets.

Their top-owned player, striker Alvaro Negredo (£6.3m and 13.2%), has produced a single goal in his previous seven starts ahead of Everton's arrival on Teesside for Gameweek 25.