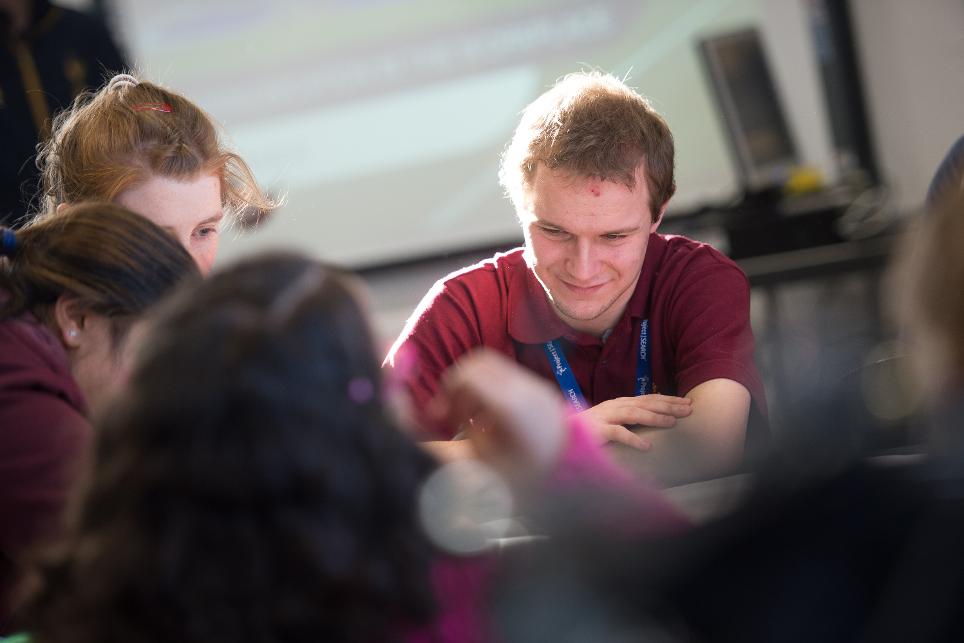 Danny gets a taste of the extraordinary External Link

Josh Ottley, from London, found that his autism was a barrier to getting a job.

"Josh has a mild autism; as he is learning it takes longer for it to sink in," his dad, Robert, explains.

But at the start of last year, Josh began attending a course called Pathways to Employment, run by the Tottenham Hotspur Foundation.

"The purpose of the programme is to support young disabled people, predominantly with learning disabilities, to help them become more employable," says the Foundation's inclusion development officer Dan Slaughter.

Robert says: "It is not just a college-type course, but a confidence one."

After three months working with Foundation staff, including an admin role at the club stadium, Josh now works as an X-ray imaging assistant at nearby Whipps Cross University Hospital.

"My autism made applying for a job tough but Spurs gave me the skills and belief to succeed in a new role at Whipps Cross Hospital," he says.

He has impressed his employers.

And those closest to Josh have seen a big difference.

"I have noticed a big change in Josh, he is very confident in what he does now," Robert says.

Spurs first-team player Danny Rose was similarly impressed by Josh and other students he met at Waltham Forrest College, in London, on the Pathway to Employment course, which is supported by the Premier League/BT Sport Disability Fund.

"Things like this make you realise why you play football," Rose says.

Pathways to Employment is one of the life-changing programmes featured as part of Tottenham Hotspur Foundation's 10-year celebrations.

The Foundation has created more than 2.75 million opportunities and you can see how it makes an impact in the local community by watching the video below.