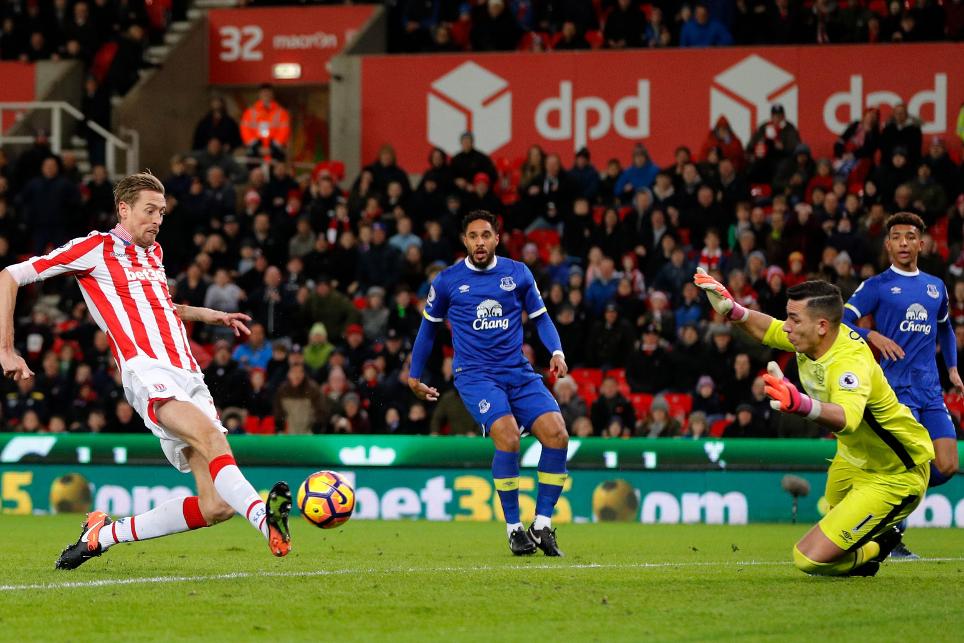 After reaching PL landmark, find out striker's favourite opponents and how he scored his 100 goals

Age is no barrier as Crouch hits PL century

Standing 6ft 7in tall it is hardly a surprise that almost half of Peter Crouch's 100 Premier League goals – a tally he reached against Everton on Wednesday night – have come via his head.

The 48 goals the Stoke striker has headed in is the highest proportion of any player to have reached 100 goals in the competition's history.

How Crouch has scored his goals

Dion Dublin is the closest player to him, with 41% of his 111 PL goals having been scored with his head.

The strike that took Crouch to his century was his sixth against Everton.

This is level with his tally against Newcastle United, against whom he scored his first Premier League goal, for Aston Villa, in April 2002.

See: Age no barrier for Crouch

They are not Crouch's favourite opponents, though. He boasts eight goals against both Arsenal and Blackburn Rovers.

Clubs Crouch has scored for