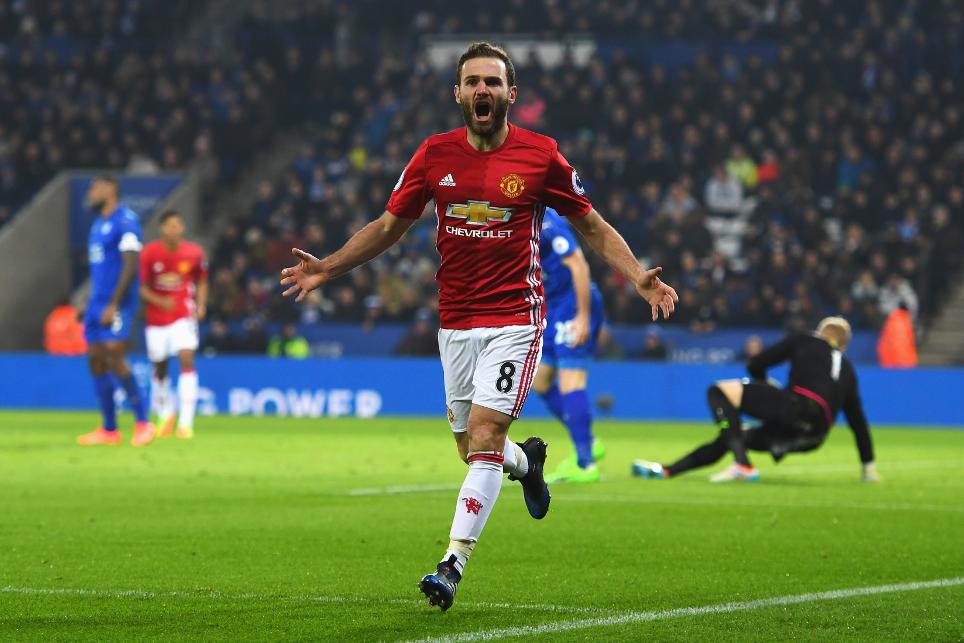 Manchester United extended their unbeaten run in the Premier League to 15 matches thanks to a convincing victory over champions Leicester City at the King Power Stadium.

The two sides were evenly matched in the opening exchanges but United started to gain control and after Marcus Rashford's shot was well saved by Kasper Schmeichel at the near post, they took the lead with a fine breakaway goal from Henrikh Mkhitaryan on 42 minutes.

The visitors doubled their lead two minutes later when Zlatan Ibrahimovic swept the ball home to become the oldest player to reach 15 goals in a Premier League season.

And United's victory was sealed four minutes after the break through Juan Mata, who finished after a smart passing move.

United remain in sixth but are now one point behind fifth-placed Liverpool while Leicester, after their fourth straight league defeat, are in 16th and now only one point off the relegation zone.