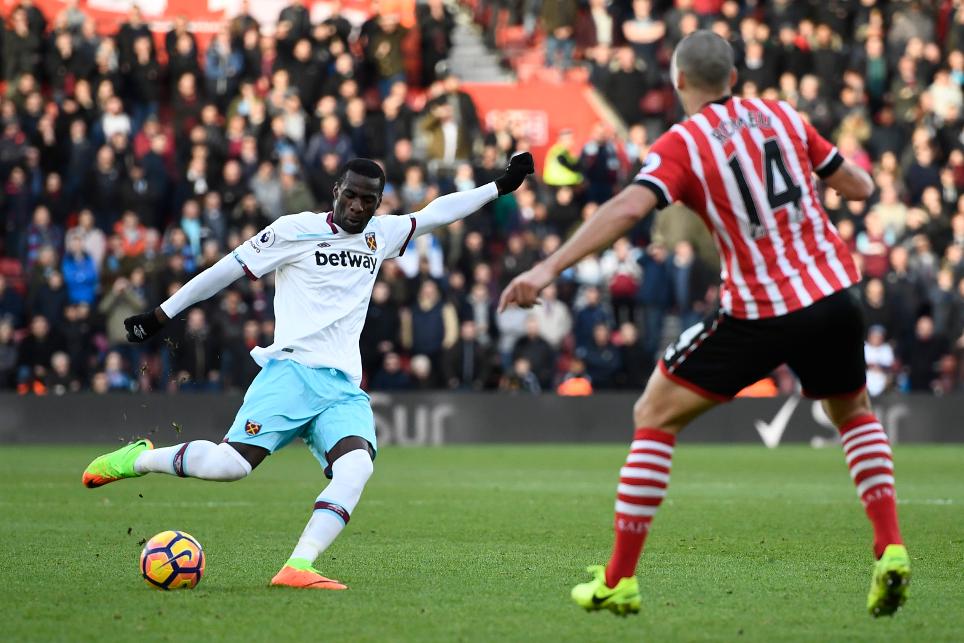 Pedro Obiang scored and assisted as West Ham United won a Premier League match at Southampton for the first time since November 2000.

January signing Manolo Gabbiadini lashed in off the crossbar to give Saints the lead but Andy Carroll's fourth goal in as many matches made it 1-1 after 14 minutes.

Obiang assisted Carroll's sixth of the season and the midfielder gave West Ham the lead with a 25-yard effort just before half-time, his first PL goal on his 41st appearance.

Mark Noble made it 3-1 seven minutes into the second half with a low free-kick that beat Fraser Forster via a deflection off Steven Davis.

West Ham climb above Stoke City and Burnley to ninth, while Southampton are 13th.