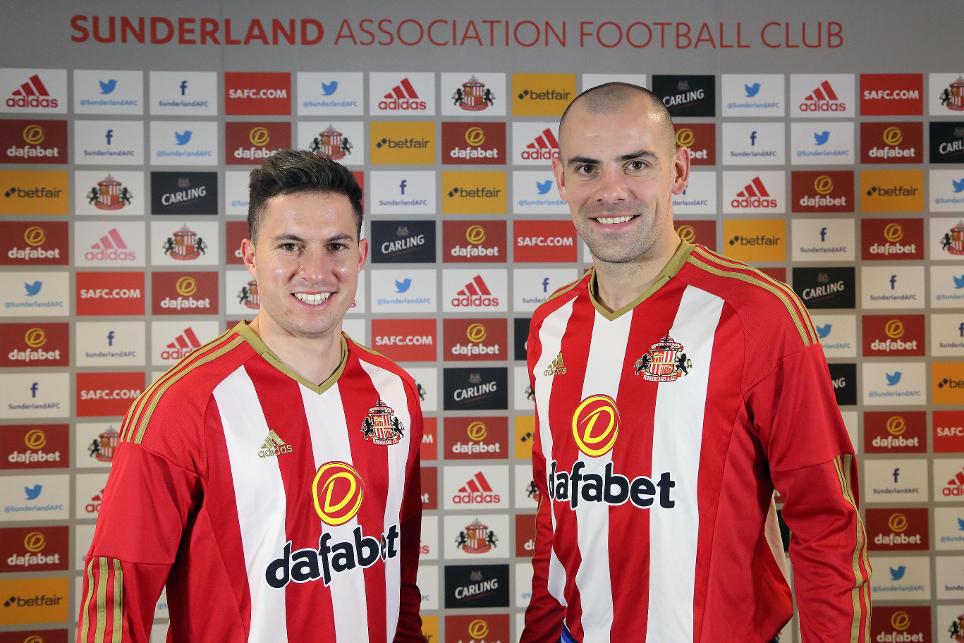 Sunderland have announced the signings of Bryan Oviedo and Darron Gibson from Everton.

The pair will be reunited with Sunderland manager David Moyes, who signed them at Goodison Park.

Oviedo, 26, has made 50 PL appearances since 2012 and the Costa Rica left-back arrives on a two-and-a-half year deal.

#SAFC boss David Moyes has had his say on the new boys...

Their arrivals means Moyes has signed three players in the January transfer window after Joleon Lescott, another former Everton player, joined on a free transfer.

The pair will have to have been registered before midday today to be eligible to face Tottenham Hotspur on Tuesday evening.