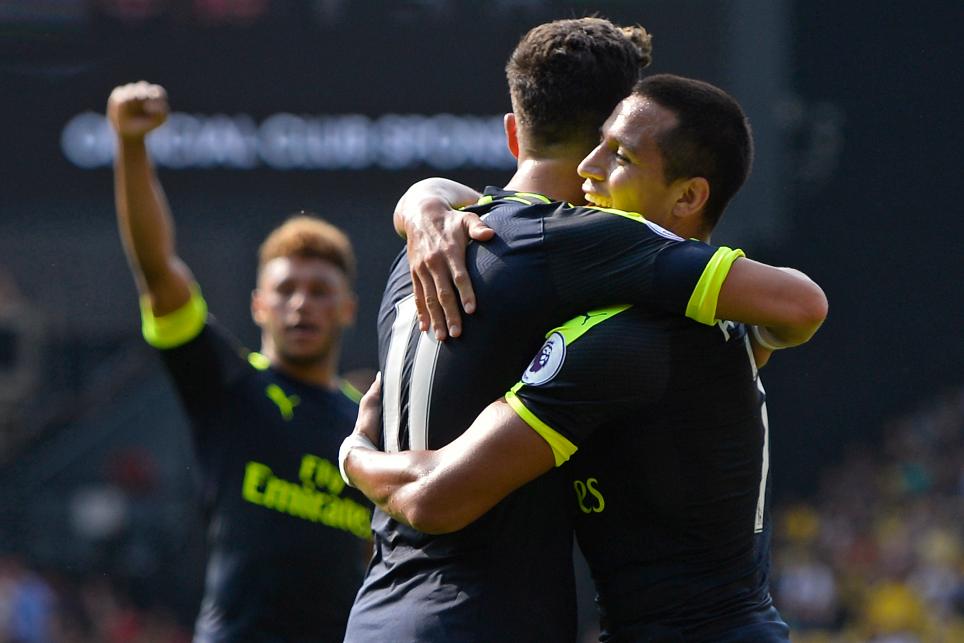 Largely overshadowed by Alexis Sanchez (£11.9m) as a Fantasy Premier League asset to this point, Mesut Ozil (£9.5m) is hinting that he could become a powerful partner to the Chilean in our five-man midfields.

With assists in each of the last three Gameweeks, Ozil is now delivering at a rate that suggests he could yet replicate last season's 200 FPL points.

Indeed, Ozil has returned a goal or an assist in five of his previous seven Gameweek starts.

Assessing his last four appearances with those of team-mate Sanchez, Ozil has created 14 chances to the Chilean's 13.

But as there is no comparison in terms of goal threat - Sanchez firing in 23 attempts over his last four outings to Ozil's five - Ozil should be considered alongside Sanchez rather than as a like-for-like replacement.

With Theo Walcott (£7.4m) and Danny Welbeck (£7.3m) boosting Arsene Wenger's options with devastating contributions in the 5-0 FA Cup win at Southampton, there is now intense competition for the Gunners' attacking roles.

However, along with Sanchez, Ozil presents the most assured starter for FPL managers, only missing out on Premier League selection this season due to a recent illness.

Interest in Arsenal's assets should be tempered by the fact that they may suffer two postponed fixtures in the coming Gameweeks.

They will miss Gameweek 26 as their fixture with EFL Cup finalists Southampton needs rescheduling, and should either the Gunners or Leicester City qualify for the FA Cup quarter-finals then their Gameweek 28 fixture would also need to be moved.

FPL managers should approach with caution, but with Watford and Hull City the next two opponents due at Emirates Stadium there is little doubt that Ozil provides a temptation.

Ozil earned his first returns of the season in the reverse fixture back in Gameweek 3, scoring in a 3-1 Vicarage Road victory, and both he and Arsenal have the form and confidence to produce even greater profits from tomorrow's encounter.