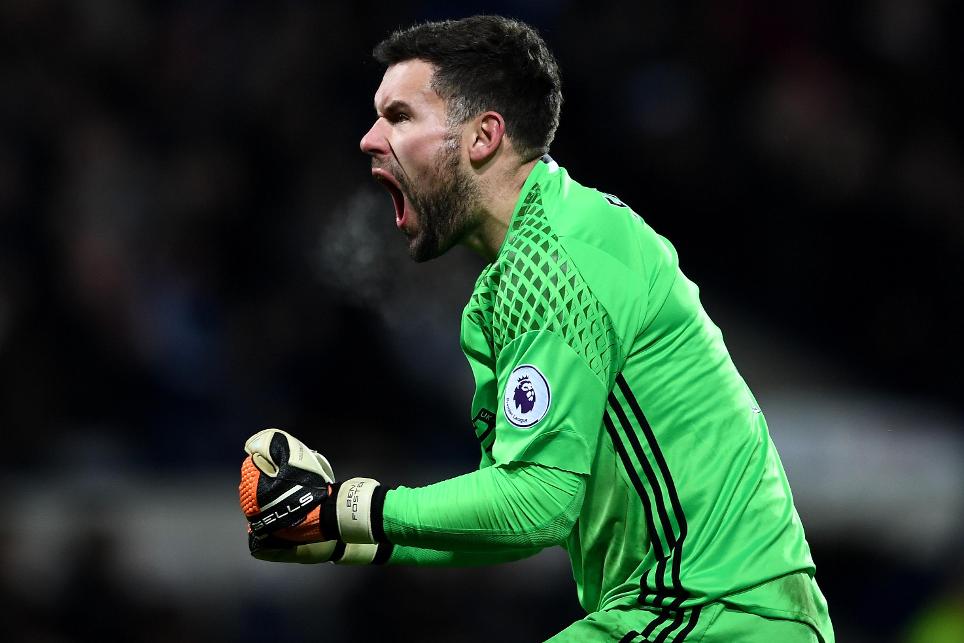 With Diego Costa (£10.3m) the only Fantasy Premier League forward with more than 6% ownership to score a goal, Gameweek 22 presented an opportunity for fresh faces to make Dream-Team berths.

A second Dream Team call-up of 2016/17 arrives following a clean sheet in the 2-0 win over Sunderland. A worthy option for FPL managers, Foster's stock is nonetheless dented by the appeal of the attacking promise offered among his back four.

A key figure in Foster's defence and having provided the assist for the Baggies' first goal, McAuley earns a third Dream Team appearance and is now ranked top for points per million among defenders priced below the £5.0m mark.

Raiding forward from left-back to drive home a third goal of the campaign, Brunt underlined his potential for attacking returns. He has scored or assisted 28% of the Baggies' goals when on the pitch; no regular starter among FPL defenders can rival that level of involvement. However, each of his goals and three assists have all arrived at The Hawthorns.

Another defender boasting strong attacking prospects, Coleman has embraced a wing-back role and top-scored for the Gameweek with 15 points following his winner at Crystal Palace. With four clean sheets in five Gameweeks, he also provides a way into a resilient Everton defence with kind fixtures to come.

A victim of recent injury and the Saints rotation policy, Soares has largely been unable to realise his potential as an FPL asset. However, Sunday's assist and 12-point return in the 3-0 win over Leicester City provided a glimpse of the possibilities, earning him a Dream Team bow.

A third goal of the season, along with maximum bonus points against Hull City, elevated Cahill to the top of the defender standings ahead of team-mates Cesar Azpilicueta and Marcos Alonso (both £6.6m).

Only Arsenal's Alexis Sanchez (£11.9m) has earned more Dream Team appearances than Firmino this season, as the Brazilian sealed a fifth call-up courtesy of a brace and 14 points in Liverpool's defeat to Swansea City.

The Belgian makes a belated return to the weekly line-up having last earned recognition in Gameweek 5. That fixture against AFC Bournemouth marked De Bruyne's previous Premier League goal, a dry spell halted by a close-range effort in the 2-2 draw with Tottenham Hotspur to remind managers of his potential.

A third appearance in the Gameweek XI arrives following the Spaniard’s first away goals via his brace against Liverpool. With seven strikes and two assists in his previous 10 appearances, Llorente has quietly emerged as a key mid-price consideration as a third striker.

Another candidate making a play for a coveted slot in FPL attacks, Carroll's two strikes in the 3-1 win at Middlesbrough means he has returned four goals in as many Gameweek starts. Only Costa has earned greater transfer interest among forwards ahead of his Gameweek 23 home meeting with Manchester City.