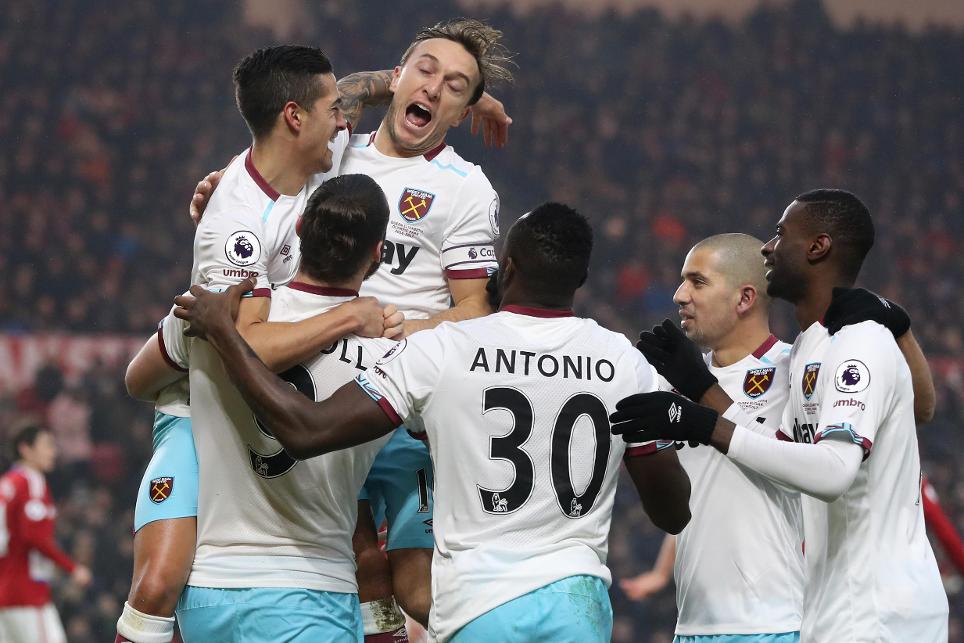 Putting faith in the team you support does not always pay off for Fantasy Premier League managers, but Stephen Brown's Gameweek 22 performance highlights there are exceptions.

Acquired via a Gameweek 4 Wildcard, Stephen's faith in Manuel Lanzini (£6.3m) and Michail Antonio (£6.9m) was repaid with 14 points as the Hammers ran out 3-1 victors at Middlesbrough.

Once again with the weekly winner, the Bench Boost chip was used to reinforce the starting XI.

Foster was one of three West Brom defensive assets in his squad, as Stephen profited handsomely from a first Baggies clean sheet since Gameweek 12.

The attacking potential of Chris Brunt (£5.0m) and Gareth McAuley (£4.9m) was also realised, with a goal and assist adding to The Hawthorns haul, as a total of 32 points was gathered from the 2-0 win over Sunderland.

Elsewhere, Liverpool’s Roberto Firmino (£8.4m) had provided only a single goal since he arrived in Stephen’s squad back in Gameweek 12.

But unwavering belief in the Brazilian had remained and, part of his substitutes, Firmino added 14 points to Stephen’s Gameweek total following a brace in the 3-2 defeat to Swansea City.

Stephen wins a copy of FIFA 17, a Nike Ordem 4 match ball and an FPL mug, all packaged in a Fantasy Premier League rucksack.