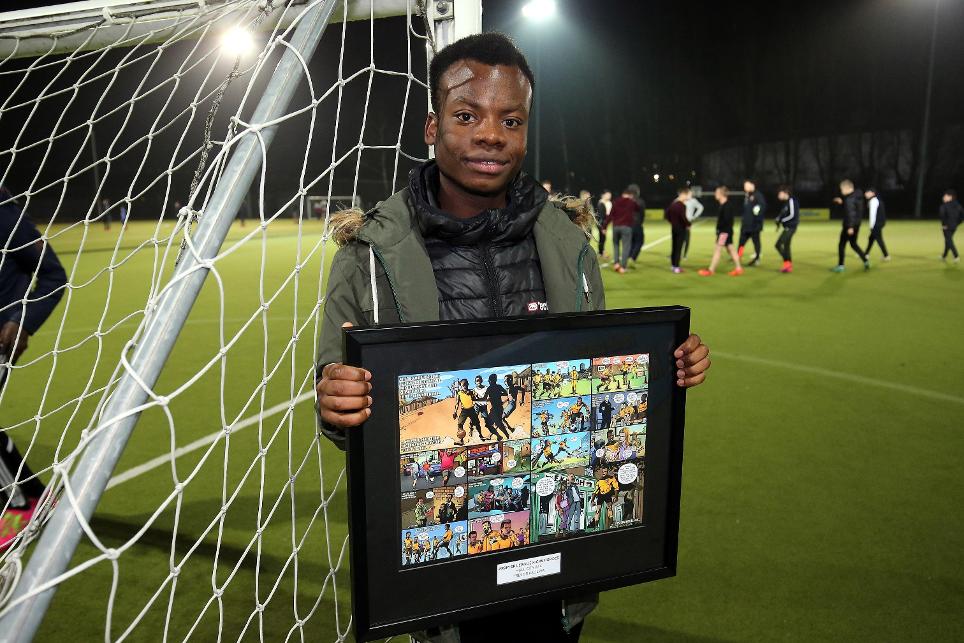 Club Thanks Fans For Kits For Kenya Donations External Link

In 2007, Tresor Kalilwa arrived in Hull as an eight-year-old refugee after his family fled conflict in the Democratic Republic of Congo.

With no English, Tresor could not integrate or make friends and got involved in disputes with his neighbour.

"I didn't know a lot of English, I had no one to talk to," he said. "It was our family speaking together and we just stuck together.

"It was tough. People look at you and judge you and you don't know what to do."

📝 | @Moses_28 was on hand to present Tresor Kalilwa with his @PremierLeague Kicks Hero Award on Monday night https://t.co/TMHFT0rrWr pic.twitter.com/GxlQLSwiCV

But a scrape with the authorities ultimately helped him because the police introduced Tresor to the Premier League Kicks programme in 2010.

The session at Hull University, run by the Tigers Trust, not only gave Tresor the chance to play his beloved football. He also began to learn English and to make friends with others in the programme.

"Learning the language boosted my confidence; I tried to start conversations with people I didn't really know," he said. "It gave me the confidence to live my life."

After almost 1,000 PL Kicks sessions, Tresor is studying Art and Design at Hull College, as he seeks to follow in his father's footsteps and work alongside him as a tailor.

"Kicks has been important to me," Tresor, now 18, said. "There's loads of people in my area getting in trouble with the police and without Kicks I may have gone down that path.

"Not only has Kicks turned my life around, I'm now working towards my dream and I couldn't have done that without the support of the Tigers Trust."

To celebrate his story, Tresor was last week named Hull City's Premier League Kicks Heroes, where inspirational participants and coaches involved in the 10 years of the Premier League programme are commemorated.

He was presented with a bespoke comic strip, drawn by Marvel and DC Comics artist John McCrea, at an event attended by Hull City midfielder Moses Odubajo.

"I was shocked to see the comic strip," Tresor said. "I did not think they would go through all of that trouble just for me.