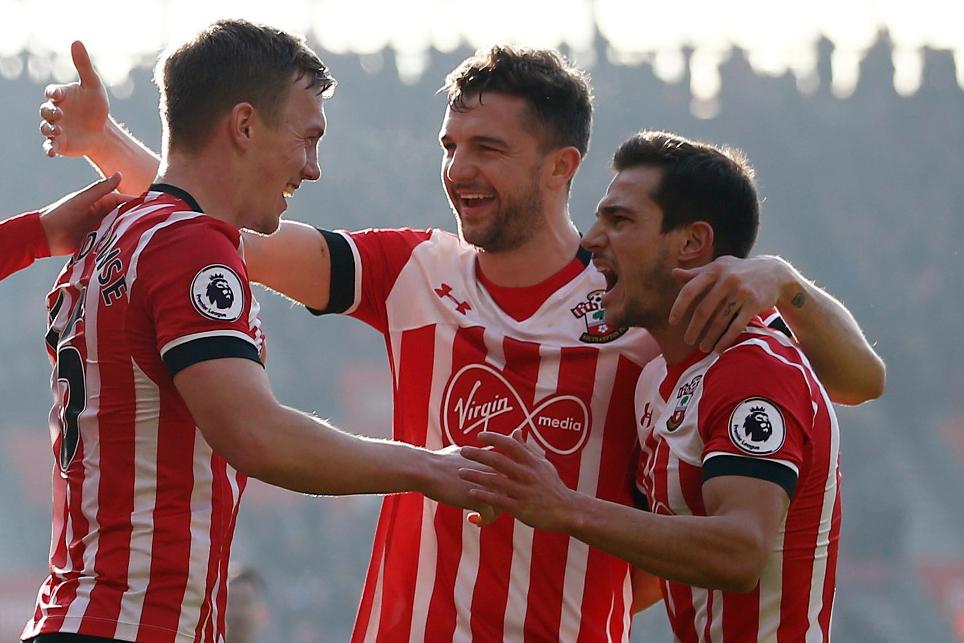 Full-back creates first goal to return double-figures, but injury to Southampton team-mate could harm his prospects

His cross for the Saints' opening goal was one of three key passes he supplied in Sunday's contest, with a trio of successful tackles also helping the right-back top score with 40 in the Bonus Points System (BPS).

James Ward-Prowse (£5.0m) converted Soares' cross for Southampton's opener. That goal, along with 14 recoveries, earned the midfielder 33 in the BPS and two additional points.

Saints produced a clean sweep in Sunday's win, with three players sharing a BPS total of 24 to earn a single bonus point each.

Meanwhile, goalkeeper Fraser Forster (£5.1m) made two saves and seven recoveries to pick up his first bonus point of the campaign.

Tadic's performance was recognised in the ICT Index as he top scored with a tally of 12.0.

The Serbia international provided nine crosses and 18 successful passes in the attacking third to record 39 for Creativity.

Jay Rodriguez (£6.3m) recorded the highest Threat score on display at St Mary's; his total of 60 comprised three efforts on goal, all from inside the Foxes' penalty area.

Rotation in Claude Puel's squad is still a concern, however, with the Saints facing two domestic cup ties before a Gameweek 23 trip to Swansea City.

Maya Yoshida (£4.2m) also continues to offer an even cheaper route into Puel's defence, as he made a seventh consecutive start in all competitions.

However, with Virgil van Dijk (£5.8m) suffering an ankle injury in Sunday's victory, there could now be doubts surrounding Saints' clean-sheet prospects for the visit to Liberty Stadium.

In attack, the form of Rodriguez, Tadic and Ward-Prowse requires monitoring over the coming Gameweeks.

The latter has started four of the last five outings and created nine chances over that run - more than any other Southampton asset.

Tadic earned his first 90 minutes since Gameweek 8 in Sunday's win and tops the Saints' ranks for chances created over the season (36), while he is second only to Nathan Redmond (£5.8m) for efforts on goal (38).

Rodriguez could emerge as the key asset once the Southampton schedule clears and the rotation with Shane Long (£6.1m) in the central striker role is calmed.

Having largely overlooked them as a source of points so far this season, FPL managers have been given little reason to reassess Claudio Ranieri's Leicester City.

A Gameweek 23 trip to Burnley provides a stern test and, with both Manchester United and Liverpool due next at the King Power Stadium, their prospects appear limited.