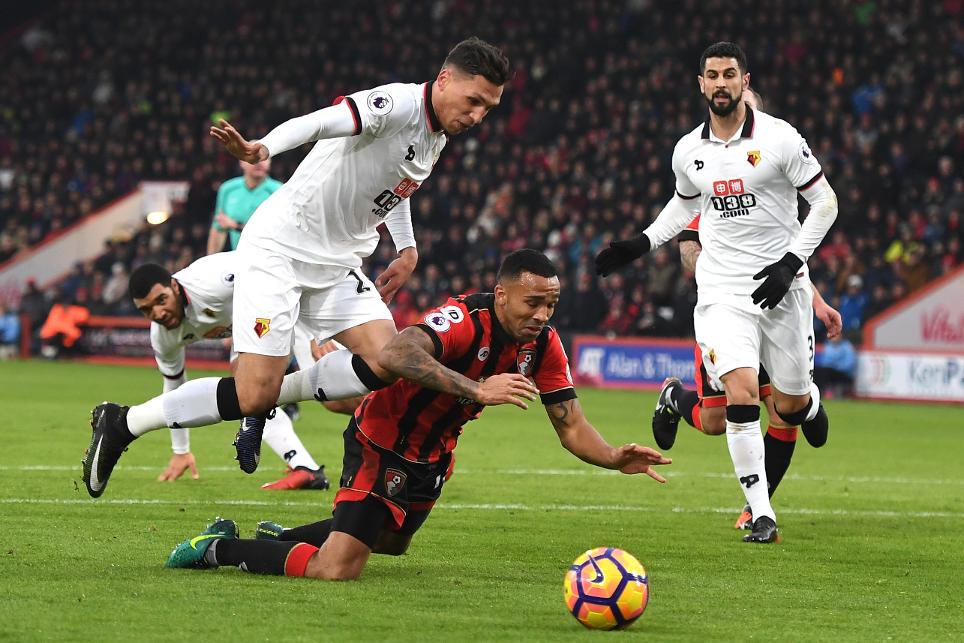 Afobe - I focused on finding the bottom corner External Link

Glancing in a Tom Cleverley (£5.1m) corner, Deeney recorded 36 in the Bonus Points System (BPS), having also produced a key pass and two successful tackles in the 2-2 draw.

Smith provided the cross for Joshua King's (£5.3m) opening goal for the home side, while also completing two dribbles.

Afobe came off the bench for a 17-minute cameo to notch a third goal in seven Gameweek appearances.

That pair earned two bonus points each, along with Miguel Britos (£4.3m) for Watford.

Kabasele's header was one of two close-range efforts which earned the Belgian a Threat score of 84 and an overall ICT Index tally of 12.7, the highest on show at Vitality Stadium.

King topped the Threat rankings for the home side, recording 44 thanks to four goal attempts, three of which were from inside the Watford penalty area.

Deeney's second goal in five Gameweeks hints at a return to form for the Watford captain, though FPL interest is likely to remain limited.

Walter Mazzarri's side had scored only two goals in their previous six Gameweeks prior to Saturday's draw.

That has meant sales of budget midfielder Etienne Capoue (£4.7m) continuing at pace: more than 18,000 FPL managers have transferred him out since Saturday's deadline.

Second only to Chelsea's Diego Costa (£10.3m) for total transfers-in this season, the Frenchman is still found in 29.5% of FPL squads despite having failed to score or assist since Gameweek 12.

Part of more than 250,000 squads prior to the weekend, the wing-back earned a 10th yellow card of the season in Saturday’s draw and will now serve a two-match suspension.

Holebas will miss Sunday's FA Cup tie with Millwall, along with the Gameweek 23 trip to Arsenal.

Callum Wilson (£6.2m) was recalled by manager Eddie Howe, but Afobe's equaliser is likely to ensure that rotation in the striker role continues.

Attacking points from defence continue to flow, though, with Smith earning a fourth assist of the season from right-back.

He is primed to remain in that role despite Simon Francis (£4.6m) returning from suspension for the Gameweek 23 visit of Crystal Palace.

That could mean Tyrone Mings (£4.5m) drops to the bench to make way for Francis' return.