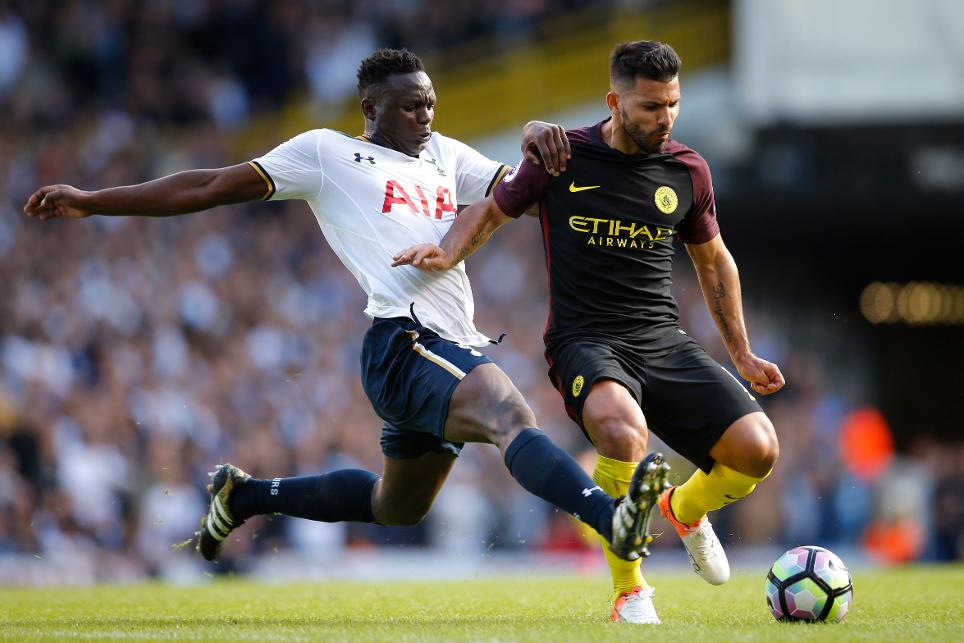 In-form Tottenham Hotspur have recorded six straights wins for the third time in Premier League history, but never before have they extended the sequence to seven.

A side who Mauricio Pochettino’s men have beaten three times in a row stand in the way of a piece of club history this weekend.

Adrian Clarke runs the rule over Spurs ahead of Saturday's match at Manchester City.

The 25-year-old arrived from Southampton with a combative reputation, but question marks remained over whether or not he possessed the skill, positional sense and temperament to excel for a title-chasing side.

He quickly dispelled those fears, reserving some of his best form for the toughest of contests.

Wanyama’s performances in key matches at home to Liverpool, Chelsea and Saturday's opponents were outstanding, while he also delivered a disciplined display at Arsenal in the north London derby.

When Pochettino uses a three-man defence (see average position map below) it suits Spurs’ system to have the industrious Wanyama patrolling the central ground.

His presence gives assurance to the likes of Dembele, Danny Rose and Kyle Walker to play their natural attacking game without fear of the side being overexposed to counter-attacks.

Wanyama does not purely sit back though; when space can be squeezed he is switched on enough to step in, making tackles and interceptions aplenty.

As the stats below indicate, Wanyama has broken up opposition attacks quite brilliantly this term.

But importantly for Spurs his involvement has not come at the expense of quality distribution.

Adapting to the club’s requirements, Wanyama has raised his own passing accuracy from 82.4% with Southampton to 88.3% this season.

One of the toughest tasks facing Manchester City this weekend will be getting goalside of Pochettino’s midfield; they are one of the best in the business at disrupting the opposition’s flow and protecting their last line of defence.

When they met at White Hart Lane, Pep Guardiola’s side struggled to pierce this unit: City only managed 77.7% pass accuracy inside the middle third, compared with 83.1% and 86.1% on their visits to Liverpool and Manchester United respectively.

Playing through the lines does not come easy against Spurs and, to combat this issue, the hosts may look for more early, longer passes than usual to try and get down the sides.

Much has been spoken about the intensity with which Spurs press, but you do not see them diving in high up the pitch too often. Closing down in energetic spurts, it is often the secondary press around the halfway line or just deeper that is most effective (see above).

As a team they pick and choose the right moments to engage, and this helps to explain why they do not often tire themselves out towards the end of matches – Spurs’ goal record in the second half of fixtures this season is 25 for and six against.

Conceding only five goals from open play in 21 Premier League outings is proof that Spurs are extremely solid from back to front, but there is fragility in one particular facet of their play.

All season they have struggled to deal with wide free-kicks.

Remarkably, almost 36% of the Premier League goals conceded by Pochettino’s men have stemmed from dead-ball crosses swung into their penalty box from the flanks.

That accounts for five of 14 goals conceded in 2016/17, and that stat will not have escaped the attention of opposition managers who will be keen to target a rare area of weakness.

With Spurs being breached from open play on only five occasions all season, it means that in total and excluding penalties, 50% of their goals conceded this season have come via set-piece situatons - a PL high.

While there was a dash of good fortune to Ross Barkley’s cross evading everyone to nestle in the bottom corner on the opening weekend, the others conceded have each raised question marks over the quality of marking.

Adopting a zonal system and retreating together in one straight line once the ball has been kicked, goals from Ben Gibson, Virgil van Dijk, Younes Kaboul and a Kevin Wimmer own goal have all exposed a lack of comfort.

As Spurs’ players are back-pedalling towards their goal, it has been too easy for rivals to attack the ball in between markers. Individuals have not always taken responsibility and on occasions their initial line has been held too high.

While Spurs have looked more adept at defending corners they have still shipped a couple of goals when they were slow to react to second balls.

If they are to concede it is far more likely to be from a set-piece than it is any other PL side; when Kevin De Bruyne and David Silva stand over dead-ball situations on Saturday, the visitors may be nervous.

Flying full-backs Walker and Rose have earned widespread praise for their incredible influence this season.

It is fully deserved, but they are not the club’s only athletic contributors in a creative capacity.

Going forward, one of their core strengths as a team is a collective of enterprising movement.

No matter the shape and formation the manager chooses, Dele Alli and Christian Eriksen are always elusive to track, taking up positions in unusual pockets of space.

But it is not just where they run that makes them special, it is the purposefulness with which they move.

Both attacking midfielders are in the PL’s top 25 players for most sprints this season and on top of that, team-mate Son Heung-min exceeds Eriksen on a sprints-per-minute basis.

So whether out wide or just behind him, striker Harry Kane is constantly supported by team-mates who stretch other teams with fast and intuitive changes of position.

It is a support network ideal for Kane’s style of play.

To keep him off the scoresheet this weekend Manchester City will need to work very hard to follow those at the heart of Kane’s supply line.

It will also be fascinating to see if Guardiola makes special provisions to deal with Alli’s ghosting runs into the box.

Not especially quick, the 20-year-old has immaculate timing: five of his last seven PL goals have stemmed from crosses met by runs not tracked from deep.

Whenever the ball goes wide at the Etihad Stadium, the England international will join in as a second striker and should City ignore his stealthy bursts, Alli could prove a big-game matchwinner yet again.