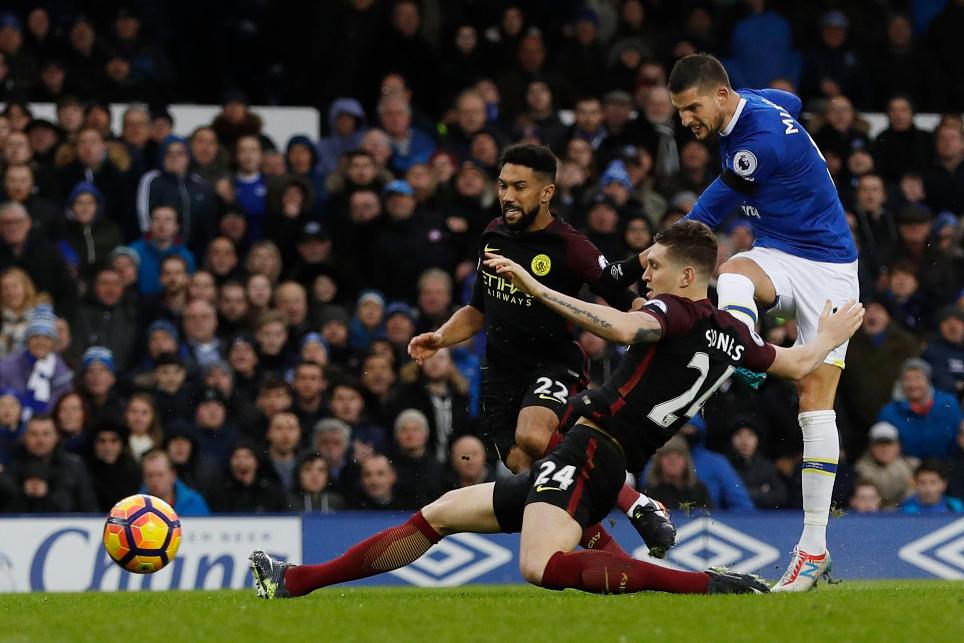 Lukaku revived as a Fantasy asset

There are four new faces in the Fantasy Premier League Dream Team for Gameweek 21, each presenting intriguing differentials in attacking areas.

The Spaniard's clean sheet and five saves in the goalless draw at Watford earn him a second call-up to the weekly elite. Having made 12 stops over Gameweeks 12-18, Valdes has produced 15 in his last three outings, earning eight points in saves and bonus.

The top-scoring asset in the Gameweek, Alonso's 21 points at the King Power Stadium lifted him to the summit of the overall defender standings. No other defensive option can match Alonso's 23 goal attempts this term, confirming his potential going forward as part of Chelsea's 3-4-3 formation.

Another defender deployed in a wing-back role, Coleman's tireless running in Sunday's 4-0 victory over Manchester City brought a first assist of the season and fifth clean sheet. With a promising schedule to come, Coleman could now be set for a sustained run of returns.

With 11 goals and six assists in his previous campaign, the Austrian had frustrated as an FPL asset until Saturday's double at Sunderland. Now treated to three home matches over the next four Gameweeks, Arnautovic’s Dream Team debut could prove a catalyst for a spell of improved points hauls.

Another to earn a debut call-up, the Belgian is edging his way into FPL thinking. Mirallas has started the last four Gameweeks, supplying two goals and a pair of assists. A favourable run of fixtures for Ronald Koeman’s side provides the Belgian with the platform to maintain such form.

Scorer of eight goals this season, Antonio turned creator to seal his third Dream Team call-up. A hat-trick of assists in the 3-0 win over Crystal Palace has revived the winger's FPL stock; he has arrived in more than 44,000 new squads having suffered heavy ownership losses over the previous two Gameweeks.

Now a veteran of the Dream Team line-up, the Chilean earns his sixth appearance on the back of an 11-point return in the 4-0 win over Swansea City. That was Sanchez’s first double-digit score since a 23-point haul at West Ham United back in Gameweek 14.

A hat-trick and 17 points in the win over West Brom cemented Kane's status as the top transfer target ahead of Gameweek 22. Over his last four outings the Spurs striker has fired in 18 goal attempts, more than any other FPL asset.

The Stoke target man earns Dream Team recognition for the first time this term as a result of his 11-point haul in the 3-1 win at Sunderland. Only Kane and Zlatan Ibrahimovic (£11.6m) have recorded more penalty-area attempts over the last four Gameweeks than the 10 produced by Crouch.

Making a first start since Gameweek 11, the Uruguayan's brace and 13 points in the 3-1 win over AFC Bournemouth announced his return as a potential budget prospect for our forward lines. A testing short-term schedule will likely hinder further progress, but from Gameweek 26 Hernandez will be in consideration.