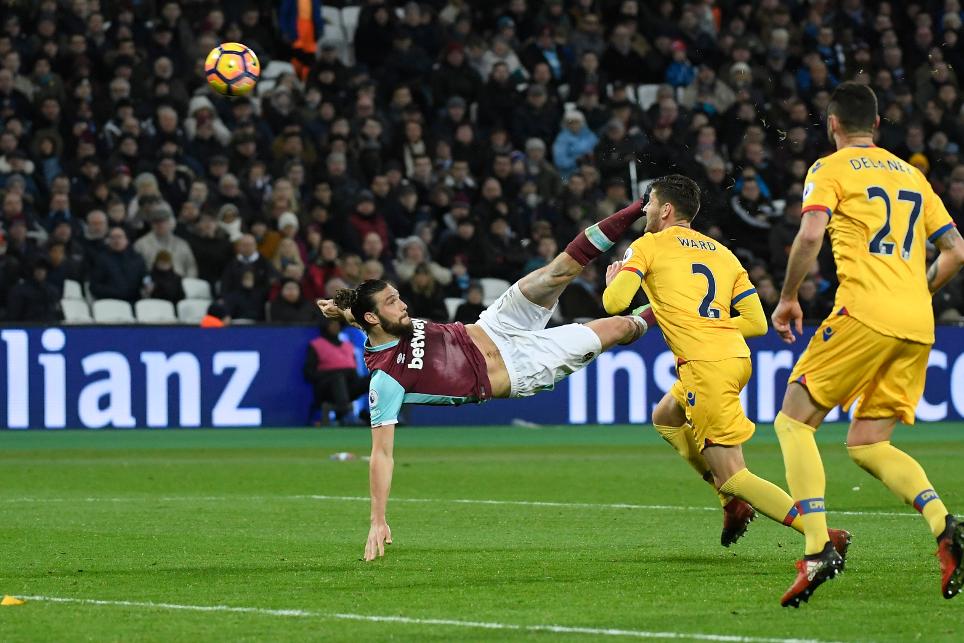 Andy Carroll scored a wonderful goal as West Ham United overcame the absence of Dimitri Payet to record their biggest home win of the season against Crystal Palace.

In a quiet first half at London Stadium, James Tomkins missed a chance to give Crystal Palace the lead against his former club, poking wide from close range.

West Ham controlled the second half and deservedly took the lead when Michail Antonio crossed for Sofiane Feghouli to tap into an empty net, for his first league goal.Carroll struck the goal of the match, and perhaps the month, with a sensational scissor-kick from another Antonio cross, and Antonio completed a hat-trick of assists when he played in Manuel Lanzini, who chipped Wayne Hennessey.

Palace, still winless under Sam Allardyce, are 17th, a point off the bottom two, while West Ham climb to 12th.