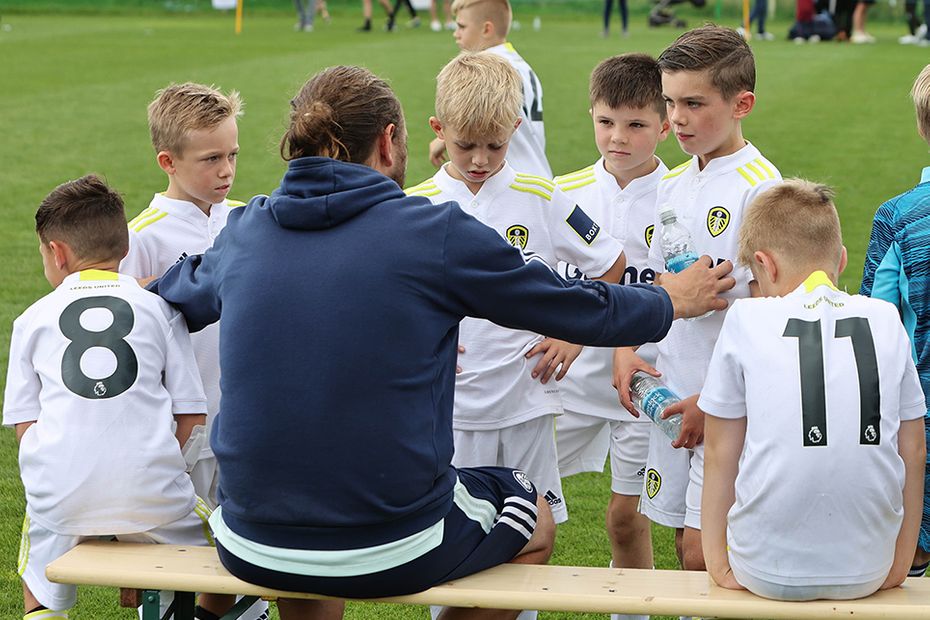 Find out how Academies support, educate and care for their players both on and off the pitch

The Premier League's Elite Player Performance Plan was launched in the 2012/13 campaign and to mark the programme's 10-year anniversary, we take a look at the impact it has had on the English game.

Since the EPPP was introduced, there has been a transformation in the standard of education, care and support that players receive while they are in the Academy system and beyond.

A lot of these changes were inspired by a report called "Duty of Care in Sport", which was authored by Baroness Grey-Thompson in 2017.

"Duty of care is about caring for people, and caring for everyone in the system," she said. "The Premier League was the only organisation that took every single recommendation from my report and did something with it."

There have been a wide variety of programmes and frameworks introduced over the last 10 years to promote and protect the safety and welfare of children and adults in the Academy system.

As well as governance and support at a club and league level, the Premier League has formed close relationships with external organisations such as The FA, the Professional Footballers' Association, Ann Craft Trust, NSPCC and Childline as part of this important work.

There is major emphasis on ensuring the physical and medical safety of Academy players.

Thirty clubs are involved in the Premier League surveillance project, which aims to better understand, and mitigate against, the risk of injury.

There has also been updated guidance which was introduced for heading in Academies after research into its impact.

Concussion protocols have been updated this season, with Professional Development Phase competitions mirroring the Premier League in introducing concussion substitutes for this season.

The Premier League ensures players at all clubs, from the Academy upwards, receive a variety of support for their mental health from their clubs and the League.

All clubs are obliged to conduct sessions with their contracted players and implement a Mental and Emotional Wellbeing Action Plan.

"Wellbeing is so linked to your performance so these things are crucially important to us that we address safe spaces for our players to go in where they can have conversations plus our player-care team around the pitch, where they can really spot different behaviours - that was all initiated by the Premier League," says Arsenal Academy manager Per Mertesacker.

The Premier League regularly engages with players, parents and carers to understand their experiences and gain their views of the Academy system.

At the end of the 2020/21 campaign, an independent survey by Sparkler found that parents of Academy players at Premier League clubs aged 8-17, found that 93 per cent of respondents said the overall Academy experience was positive.

The Academy system does not just work on improving young players on the pitch, it provides programmes and experiences that develop them off it too.

An example of this work is the annual Christmas Truce tournament, which takes place on a Premier League-funded facility in Ypres, and gives players the opportunity to learn about the First World War in a competition featuring Academy teams from across Europe.

"The Premier League Christmas Truce Qualifiers continue to be an important and much anticipated fixture in the games programme calendar," said Edd Vahid, the Premier League's Head of Academy Football Operations.

"It is a memorable occasion for the young players, parents and staff in attendance, with education and football integrated to commemorate an important moment in history."

It is the unavoidable reality of elite sport that the majority of young people coming through the Academy system will not make it as professional players.

For those young people, the EPPP works hard to educate, equip and empower boys to transition to successful careers beyond a playing career.

The players trained with highly-regarded coaches and expert performance staff and worked with the Premier League personal development team. They also attended educational sessions on a range of subjects, such as player recruitment and career support.

"It's great for them to come to a camp where they can train and get prepared for trials at other clubs and be ready for maybe going an alternative route to making it as a footballer," Morgan said. "It is really important and it's good to see."