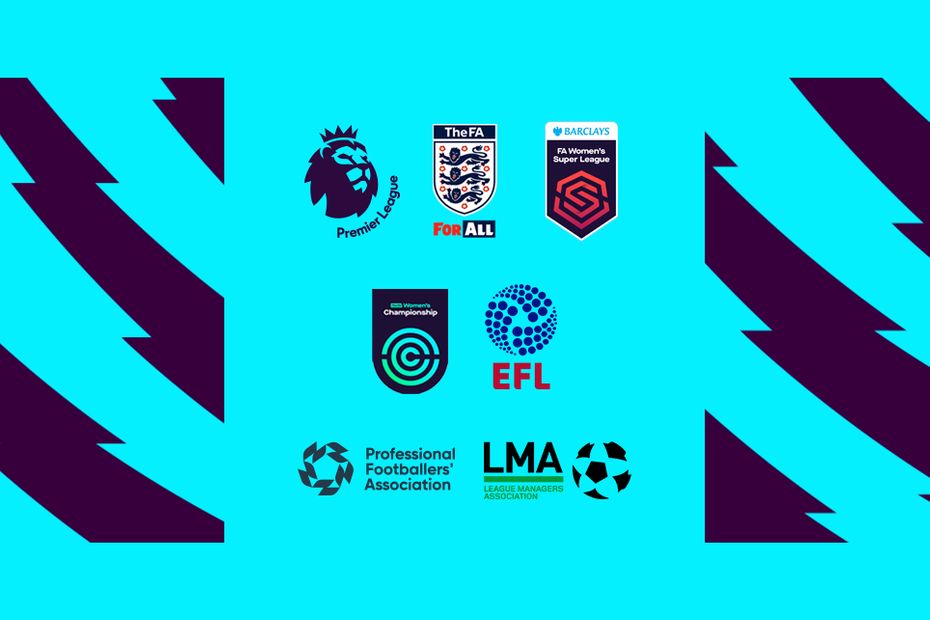 English football will introduce heading guidance across every level of the professional and amateur game from the start of the 2021/22 season.

The new guidance, which is specifically focused on training sessions where the majority of heading occurs, has been designed to meet the requirements of each level of English football.

The guidance will be applicable to clubs in the Premier League, EFL, Barclays Women's Super League, FA Women's Championship, the National League System, the Women's Football Pyramid Tiers 3 and below, all grassroots football and across the England national teams.

The new heading guidance has been agreed between The FA, Premier League, EFL, the PFA and the LMA.

The guidance for the professional game has been developed following multiple studies undertaken in recent months on behalf of a subgroup of the Professional Football Negotiating and Consultative Committee (PFNCC).

The preliminary studies identified the varying forces involved in heading a football, which were provided to a cross-football working group to help shape the guidance.

Based on those early findings, which showed the majority of headers involve low forces, the initial focus of the guidance will be on headers that involve higher forces. These are typically headers following a long pass (more than 35 metres) or from crosses, corners and free-kicks.

It will be recommended that a maximum of 10 higher-force headers are carried out in any training week. This recommendation is provided to protect player welfare and will be reviewed regularly as further research is undertaken to understand more regarding the impact of heading in football.

The guidance also recommends clubs develop player profiles that consider gender, age, playing position, the number of headers per match and the nature of these headers.

These profiles can be used to ensure that all training sessions reflect the type and quantity of headers that a player could expect to undertake within a match. Club staff will also be encouraged to work with players following each match to ensure they have adequate time to recover from their heading exposure.

Looking to reduce the force

The guidance also identifies ways in which heading techniques may still be practised while reducing the forces involved. Early evidence suggests lower forces are produced when a ball is thrown to a player rather than kicked, and when a player heads the ball from a standing jump rather than running on to the ball. The Premier League, in conjunction with partners including the LMA, will provide further guidance to club staff on ways in which they might adapt practices.

Clubs in the National League System Steps 1-4 and Women’s Championship are encouraged to follow this guidance where practicable.

Early but limited evidence from these initial studies suggested that neck muscle strength may be a contributing factor to higher-force transmission from heading. A strength and conditioning expert advisory group will identify ways in which neck and torso strength can be developed safely across the professional game.

The guidance has been developed using a precautionary approach to protect player welfare where scientific evidence is limited and will be kept under review. The evidence gathering has increased understanding of the forces involved in heading, while also identifying areas that require further exploration. The Premier League with its football partners will deliver expanded research in season 2021/22 to facilitate a formal review of the guidance by the PFNCC in June 2022.

The guidance for adult amateur grassroots football includes clubs up to and including Step 5 of the National League System and Tiers 3 and below of the Women’s Football Pyramid, and is specifically tailored for this level of the game.

The aim of this guidance is to reduce overall exposure to heading without compromising development of technique and the role heading plays in the English game. The role of the coach in supporting players’ skill development for heading is to ensure a safe and controlled technique.

These recommendations have been developed to protect player welfare. As further research is undertaken this guidance will be reviewed and updated to reflect increased understanding.

It is recommended that heading practice is limited to 10 headers per session and only one session a week where heading practice is included. Players should be responsible for monitoring their own heading activity. This new heading guidance for the adult amateur game follows The FA’s introduction of heading guidance in youth football in February 2020, which has also been updated and published today.

"These measures have been developed following studies with coaches and medics and represent a cautious approach while we learn more. We are committed to further medical research to gain an understanding of any risks within football, in the meantime this reduces a potential risk factor.

"Overall it is important to remember that the overwhelming medical evidence is that football and other sports have positive impacts on both mental and physical health."

Premier League Chief Executive Richard Masters said: "Our priority is to make the game as safe as possible for all players. We have worked collaboratively across football to undertake these initial research projects to help us further understand the impact of heading and inform guidance for all levels of the game.

"This is a long-term piece of work. We will now build on these studies and we remain committed to further research to ensure we have the right approach in place to protect the welfare of all players."

EFL Chief Executive Trevor Birch said: "Maintaining the health of players, both in the short and long-term remains of paramount importance for the EFL, and it is vital that English football continues to innovate and act upon the latest research and insight available.

"Collectively we must do all we can to make sure heading is practised safely and these protocols will provide us with a foundation upon which we can develop the game’s collective work in this area.

"As always, we will continue to monitor any developments based on the advice of medical experts and will work with the football bodies and clubs to ensure the protocols are implemented effectively."

'This guidance only a first step'

PFA Chief Executive Maheta Molango said: "The PFA welcomes the collaborative approach to understand further the impact of heading in football. Our members' health and wellbeing are paramount. We hope these initial steps and enhanced protections will make a vital difference to players' long-term health.

"The introduction of this guidance represents one part of developing a coordinated game-wide strategy and needs to be combined with other areas, such as improvement in head-injury management and greater collective support for retired players.

"Critically, the guidance is only a first step. As identified within the paper, more research is required to improve how we protect current players and future generations.

"We look forward to working collaboratively with football's stakeholders to continue research and educate managers, coaches and players regarding the new guidance."

LMA CEO Richard Bevan said: "It is absolutely essential that all clubs are working with the same guidelines and that the health and wellbeing of the players is the most important factor.

"This guidance is just the beginning and we need, as a game, to continue to invest and develop good-quality research to further understand the risks and impact of heading within the game.

"The LMA is committed to playing our part in increasing awareness, supporting our stakeholders and most importantly ensuring that the players' safety is the principle factor in all future decision-making."