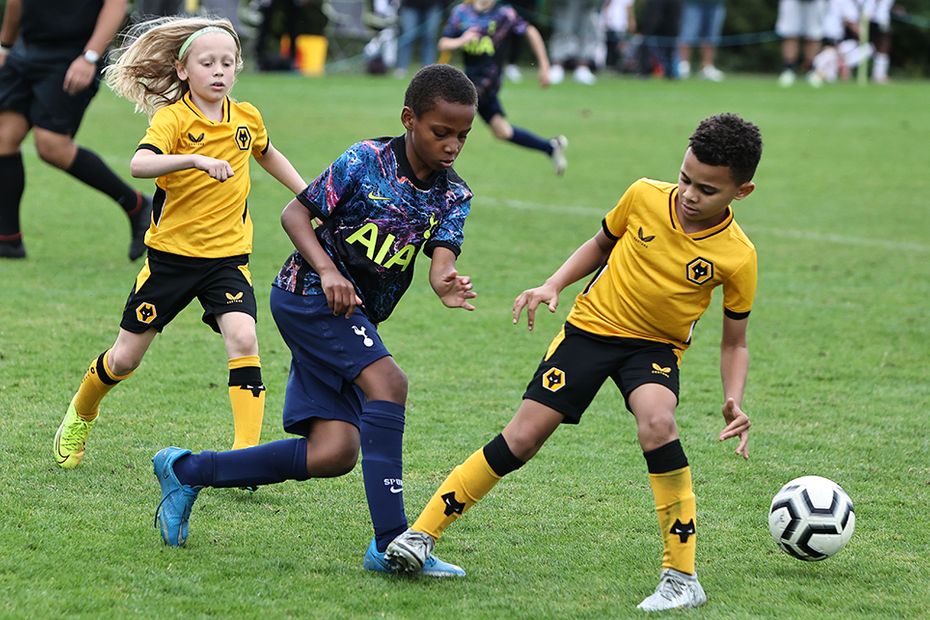 The Premier League's Elite Player Performance Plan was launched in the 2012/13 campaign and to mark the programme's 10-year anniversary, we take a look at the impact it has had on the English game.

The EPPP was introduced with the aim of developing a world-leading Academy system that produces more and better homegrown players.

It is committed to ensuring access and opportunity for aspiring footballers to be part of the Academy environment and help them maximise their potential.

The EPPP system is designed to give Academy opportunities to all players, regardless of background or ethnicity.

And since the EPPP began, there has been a 60 per cent increase in Academy scholars from Black, Asian, mixed and other backgrounds.

Programmes are also in place to promote diversity across the Academy system and address the issue of underrepresentation in the general playing population.

For example, the South Asian Action Plan was launched with Kick It Out in April and aims to increase the number of British South Asian players and coaches in the Academy system.

As part of this, there will be research to better understand what the current barriers to entry are for South Asian players.

Clubs are working hard to make sure that there is access to the Academy system for all young people, regardless of where they live.

As can be seen from the table, there are some recognised 'hotspots' but access to player development is available in every region of England and Wales.

As part of this work to provide opportunities for all and to remove geographical and financial barriers to the Academy system, clubs have forged close relationships with local clubs and community organisations.

Clubs such as Aston Villa have launched a number of programmes to provide pathways for local players and enable it to represent the multicultural makeup of Birmingham.

As well as this, Villa are creating an Inner City Emerging Talent Centre that will be located in the shadow of their Villa Park home.

At Crystal Palace, four Academy scholars and members of the club's Under-18 squad recently visited a south London primary school to inspire the children.

They helped deliver a PE lesson before talking to pupils from Years 5 and 6 about their careers.

Meanwhile, first-team midfielder Malcolm Ebiowei, who came through the Academy system at Arsenal before moving to Palace, received his Premier League Debut Ball at a special Premier League Kicks session run by the Palace for Life Foundation.

🗣 "We know you used to come to Kicks. We aspire to be like you one day."@CPFC player @malcolmebiowei visited our #PLKicks session and was presented with his first Premier League match ball ❤️💙

Ebiowei, who has featured three times in the PL so far this season, is a former PL Kicks participant and his attendance at the session was an inspiration to the young people who want to follow in his footsteps.