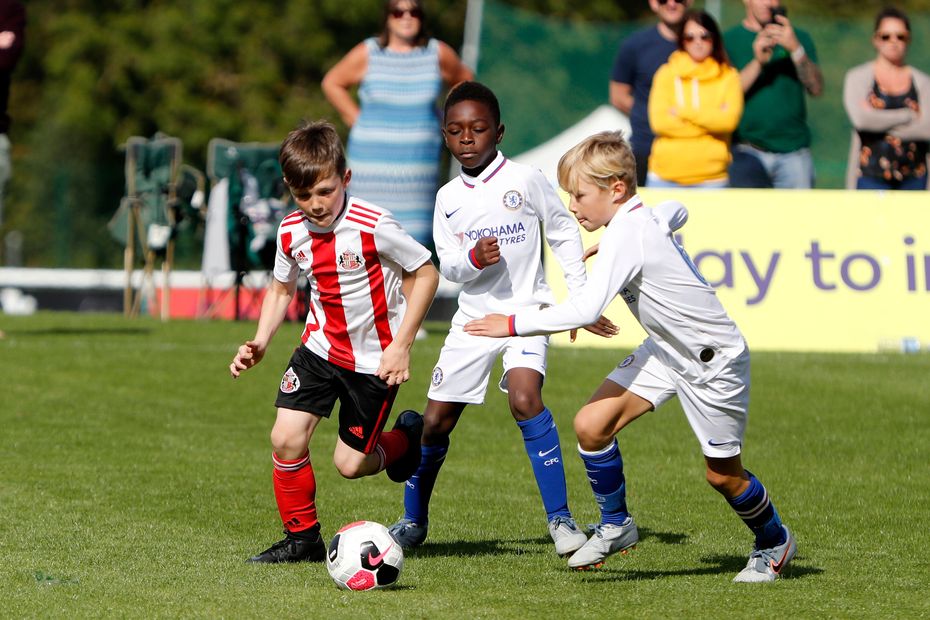 A survey conducted at the end of the 2020/21 season has found that parents of players at Premier League Academies believe that the clubs provide a positive experience, with strong practices in place to support the players' holistic development.

An independent study by Sparkler, which surveyed parents of Academy players at Premier League clubs aged 8-17, found that 93 per cent of respondents said the overall Academy experience was positive.

The launch of the Elite Player Performance Plan (EPPP) in 2012 brought the introduction of a long-term strategy by the Premier League to support the development of players both on and off the pitch.

The EPPP enables clubs to develop both the player and the person, by providing a wide range of educational and welfare activities designed to enhance learning as well as providing life skills.

The effectiveness of this off-the-pitch activity was underlined by the fact that 91 per cent of parents surveyed believed their child’s club cared about their holistic development beyond just football.

'Player safety and welfare our priority'

"Working with our clubs, we continue to develop and enhance the provision for young players within the Academy system, across football development, education and player care," said Premier League Head of Youth Neil Saunders.

"Player safety and welfare remains our priority and we continue to progress our work in this area.

"We will continue to work closely with clubs to ensure that every player entering a Premier League Academy is provided with support and opportunities to equip them with knowledge and life skills for the future, both inside and outside football."

The safety and wellbeing of children at club Academies remains of utmost importance.

Premier League Category One Academies all have full-time Education and Player Care staff to support the academic and personal development of players, helping them in areas including mental and emotional wellbeing and equality and diversity.

Education is a key area of the EPPP and Premier League club Academies received an "Outstanding" rating from Ofsted in 2017 after an audit of their apprenticeship programmes.

According to the study, 80 per cent of respondents felt clubs provide enough educational support to all Academy players.

While safeguarding is everyone’s responsibility, each Premier League club has a dedicated full-time Head of Safeguarding and an Academy Safeguarding Officer in place to lead on arrangements for promoting and protecting the safety and welfare of children, young people and adults at risk.

Of the parents surveyed, 93 per cent said they would be confident in reporting any safety and welfare concerns to the club.

All Premier League clubs are subject to annual independent audits by the Professional Game Academy Audit Company (PGAAC), which was established in 2018 by the Premier League, EFL and The FA.

The PGAAC supports the ongoing delivery of the EPPP by providing independent quality assurance to all club Academies in the professional game, as well as working with Barnardo’s to audit clubs’ safeguarding provision.

Despite the recent disruption of the Academy Games Programme by COVID-19, 92 per cent of parents believed that a COVID-secure environment was in place at their child’s Academy and 91 per cent were happy with the processes in place regarding player support during the pandemic.

Part 1: 'We have a generation of exceptional talent'
Part 3: How Liverpool helped Joel stay in football
Part 4: Onoabhagbe: League showed me options after my release
Part 5: Under-16 Residential giving hope to released players
Part 6: Williams: There are prospects for released youngsters