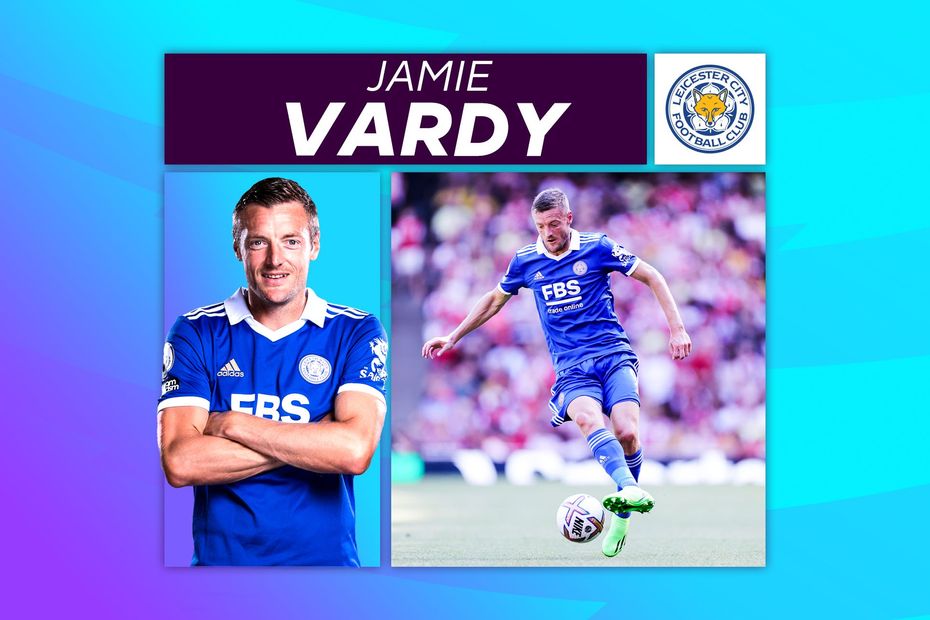 Goal of the day: Tielemans' lob against Man Utd

Daka: We Are Looking Forward External Link
PL30: How Foxes Pride and Leicester stand up for equality

This is the first time in his professional career that the 35-year-old striker is without a goal from his first four matches of a season.

The Leicester legend had just one shot across the opening three fixtures.

And although he was considerably sharper in Saturday's 2-1 defeat by Chelsea, registering four efforts on goal, he snatched at three quality chances.

That is unusual for Vardy, who will now be determined to put his barren run to an end against Man Utd.

*Expected Goals: likelihood player will score, out of 1.0

It has been a slow start for Leicester in general, which partly explains why Vardy has had so few chances.

Too much of the Foxes’ football has been played in front of rival teams, lacking incisiveness.

Leicester’s style of play has not helped Vardy.

He thrives when team-mates find him quickly and he has space to run into, but the Foxes have been building attacks slowly.

Only Manchester City and Liverpool have strung together more sequences of 10 or more passes, and Leicester's average of 4.3 passes per move is also the second-highest in the league.

Despite having one of the most devastating counter-attacking forwards in Premier League history, Leicester have produced only five direct attacks. Ten other Premier League sides have had more than Brendan Rodgers’ men.

To bring the best out of Vardy, Leicester must look to find him much earlier in their patterns of play.

Harvey Barnes’ return to full fitness should be a boost for Vardy and the team as a whole.

The pacy wide man scored from a Vardy assist against Chelsea, and he is a player who can stretch Man Utd’s right-hand side on Thursday.

The 24-year-old speeds up the Foxes’ attacks, which in turn suits their star striker.

Barnes has been involved in eight goals in his last six Premier League starts, with four goals and four assists, so Man Utd must keep him quiet.

Will Erik ten Hag’s side dominate possession at King Power Stadium, or allow their hosts to come on to them?

It is not clear ahead of kick-off, but if Man Utd do monopolise the ball, it may help Vardy to find space in beyond their last defender on transitions.

Leicester’s 2015/16 title-winner needs his team-mates to turn defence into attack much faster.

It is in the team’s best interests for them to help kickstart Vardy's campaign.