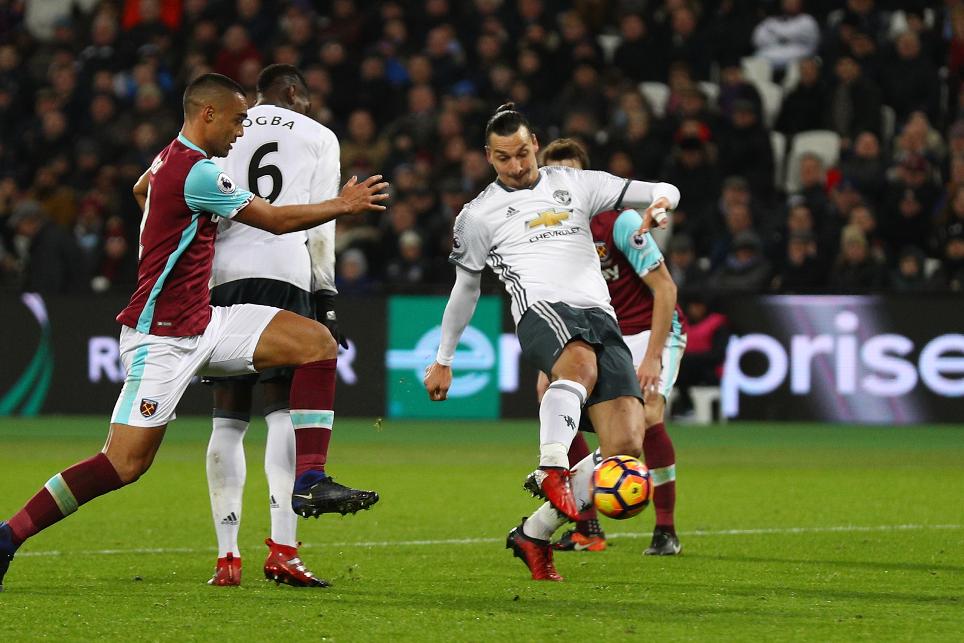 Sofiane Feghouli was sent off for a foul on Phil Jones after 15 minutes, the earliest red card of the season.

After the break Michail Antonio spurned two chances for West Ham, the second one when through one-on-one.

Ibrahimovic scored his 13th league goal to secure the three points that lifted Man Utd level with Spurs in fifth on 39 points.