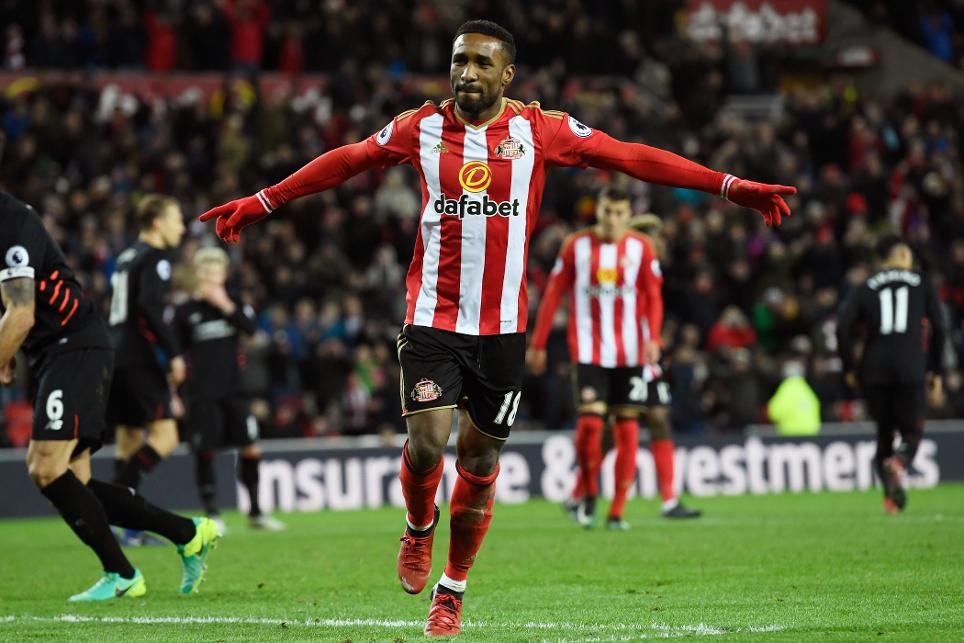 Sunderland's Jermain Defoe denied Liverpool from cutting the gap to leaders Chelsea to three points with both goals in a 2-2 draw.

Sunderland equalised through Jermain Defoe’s 10th goal of the season, via the penalty spot after Ragnar Klavan's foul on Didier Ndong.

Sadio Mane, in his final match before the African Cup of Nations, scored his ninth of the season to make it 2-1.

But six minutes from time Mane handled Sebastian Larsson’s free-kick, to allow Defoe to equalise for the second time from the spot.

Liverpool remain second, five points behind Chelsea, while Sunderland are 18th and moved to within a point of Crystal Palace.