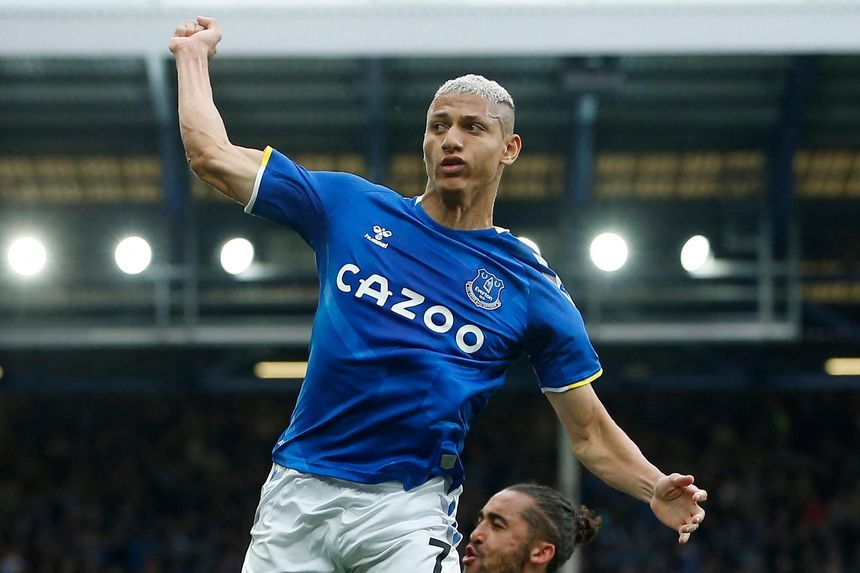 Richarlison (£7.6m) repaid the faith of more than 632,000 Fantasy Premier League managers by scoring in the second match of Double Gameweek 37.

The Brazilian scored and assisted in Everton's 3-2 defeat by Brentford and added a further goal to his tally in the dramatic 3-2 comeback victory over Crystal Palace on Thursday evening.

The third most-transferred-in player and the top captain among the leading 100 managers, Richarlison struck the equaliser at Goodison Park to add to the 12 points he returned at the weekend.

Over 12.4million transfers were made for DGW37, with Wilfried Zaha (£6.9m) the No 1 target for Fantasy bosses.

He had scored seven goals in 10 matches but was unable to add to that tally in either Palace's 1-1 draw with Aston Villa or the defeat at Everton.

Burnley's trip to Tottenham Hotspur persuaded 633,000+ to buy Son Heung-min (£11.1m), who had racked up more points at home this season than any other player.

But the South Korean suffered a first blank in six appearances at the Tottenham Hotspur Stadium as Spurs won 1-0.

In the race to be crowned Fantasy champion the top three all captained someone different.

First-placed ahead of DGW37, Pranto Protim Paul backed Danny Ings (£7.7m), who despite taking three shots in the box did not find the target at Villa Park.

Ings was benched for the draw with Burnley on Thursday and was unable to register any further points when introduced as a substitute.

Kane scored the only goal in the win over Burnley to reward Addy with 14 captain points.

Among players with a match in DGW37, Kane was the third most-captained player overall behind Son and Mohamed Salah (£13.2m).

The top captain in 34 out of 37 Gameweeks, Salah was also the most-sold player this round after he limped out of the FA Cup final on Saturday. The Liverpool star missed the trip to Southampton on Tuesday.

Joining Salah in being sold was Emmanuel Dennis (£5.9m), who missed Watford's 5-1 defeat to Leicester City with a knee injury.