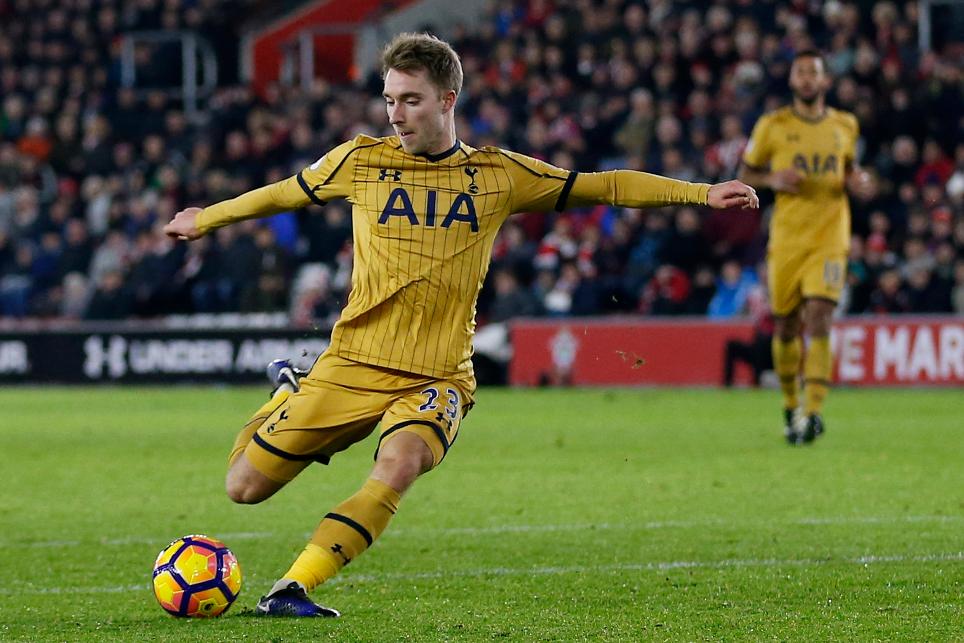 Dele Alli's (£8.1m) pair of goals in a 4-1 win for Tottenham Hotspur at Southampton helped him score of 45 in the Fantasy Premier League Bonus Points System (BPS), the second-highest tally of Gameweek 18.

Eriksen completed 84% of his 69 attempted passes, providing five goalscoring opportunities and a pair of assists.

Alli has now provided three goals and as many assists over the last six Gameweeks.

Found in only 5.4% of squads his ownership had been in gentle decline over the past two Gameweeks, but that trend has now reversed.

More than 12,000 FPL managers have acquired the midfielder ahead of Friday's 7pm GMT Gameweek 19 deadline, although it is Eriksen who remains the more popular target.

The Denmark international's impressive form continued as he took his tally to five goals and four assists in the last six Gameweeks.

The striker is second only to Arsenal's Theo Walcott (£7.8m) for transfers out ahead of Gameweek 19.

Spurs' attackers will look to boost their stock further in the New Year's Day trip to Watford.

Spurs will go into that fixture without suspended pair Kyle Walker (£6.2m) and Jan Vertonghen (£5.7m) after they both received their fifth yellow cards of the season on Wednesday night.

But Van Dijk’s FPL stock is on the rise after he scored his first league goal of the season and the Dutchman has now moved to fifth in the overall defender standings on 74 points.

Fantasy Premier League managers who are yet to deploy first available chip have until 7pm GMT on Friday 31 December to do so, with a fresh wildcard available after that.