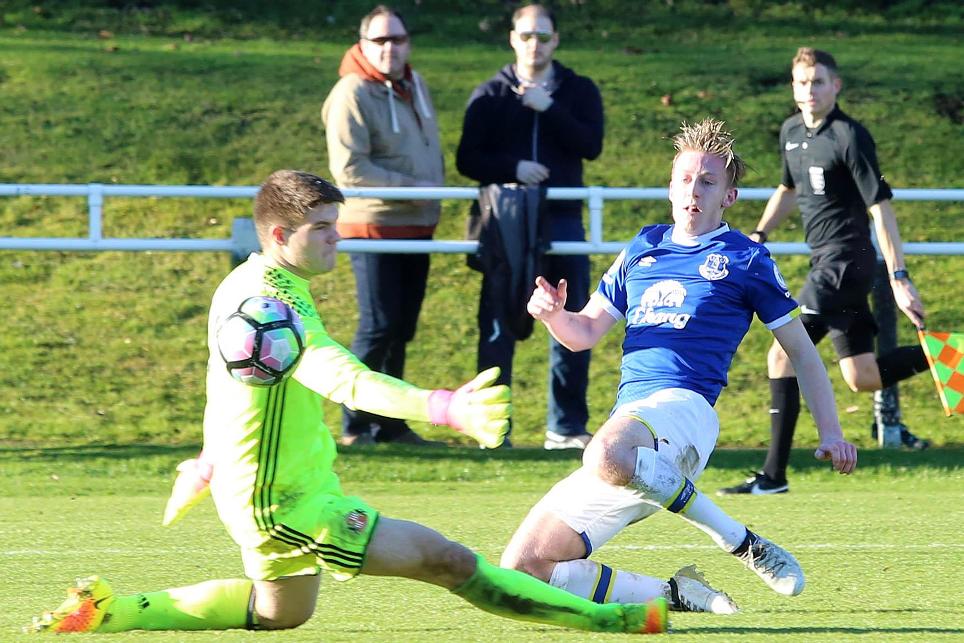 Harry Charsley scored the only goal as Everton beat Sunderland 1-0 and extended their lead in Division 1 to five points.

The Wirral-born 20-year-old struck on 27 minutes, finishing off a fine pass by Kieran Dowell at Eppleton Colliery Welfare Ground.

Several of the Everton team had been busy the day before at the FA Cup match at Goodison Park promoting their "Home is Where the Heart Is" campaign, looking to raise funds to buy a house near the stadium for young people in danger of being homeless in Liverpool. So far £40,000 has been raised.

A Sunderland team that featured several players who were in the squad for the FA Cup tie at home to Burnley the day before were unable to gain an equaliser and so remain sixth on 19 points, 10 behind Everton, who lead by five over Manchester City.

Everton are next in action at home to Reading on 16 January, while Sunderland next face Derby County in the Premier League International Cup on Thursday.

U23S REPORT: #SAFC suffer defeat at the hands of @Everton in the @PLYouth

Get all the latest PL2 news at @PLYouth