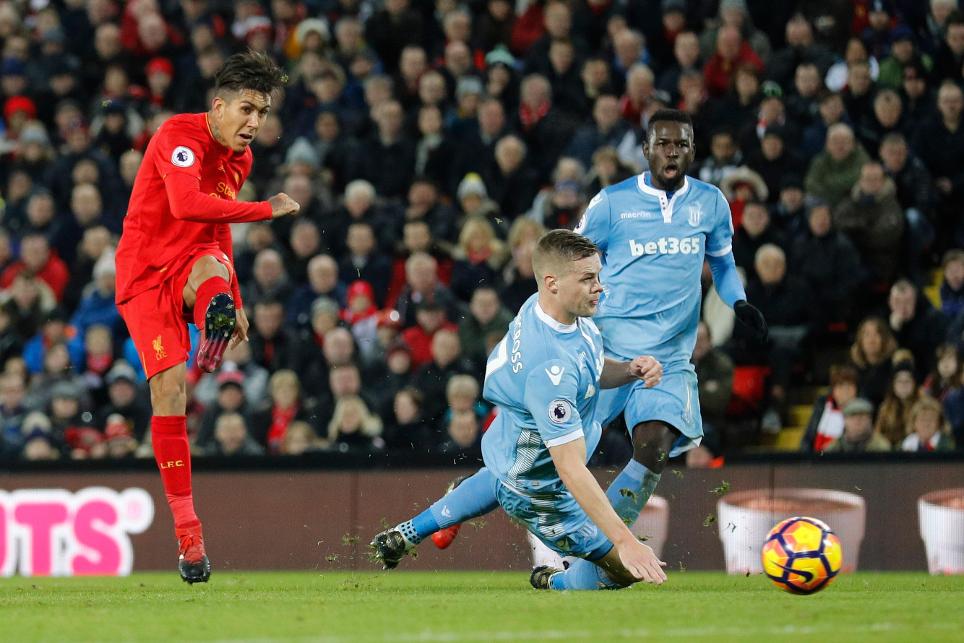 Sturridge: I knew hard work would pay off External Link

Liverpool moved back into second place in the Premier League after an emphatic victory over Stoke City at Anfield.

The Potters took the lead after 12 minutes when Jonathan Walters headed in Erik Pieters’ early left-wing cross and Joe Allen was then denied by Simon Mignolet.

But Liverpool took control after Adam Lallana levelled from a tight angle on 34 minutes and Roberto Firmino, who had twice threatened, struck a minute before half-time, sending an angled drive in off both posts.

Giannelli Imbula turned Divock Origi’s cross into his own net on 59 minutes and substitute Daniel Sturridge scored moments after coming on, pouncing on Ryan Shawcross’ blind back pass to score the 100th PL goal of Jurgen Klopp’s tenure.

👌🏻 What was perfect?
👍🏻 Whose influence did you enjoy?
👏🏻 An impressive display?https://t.co/4YHFfE0GwS