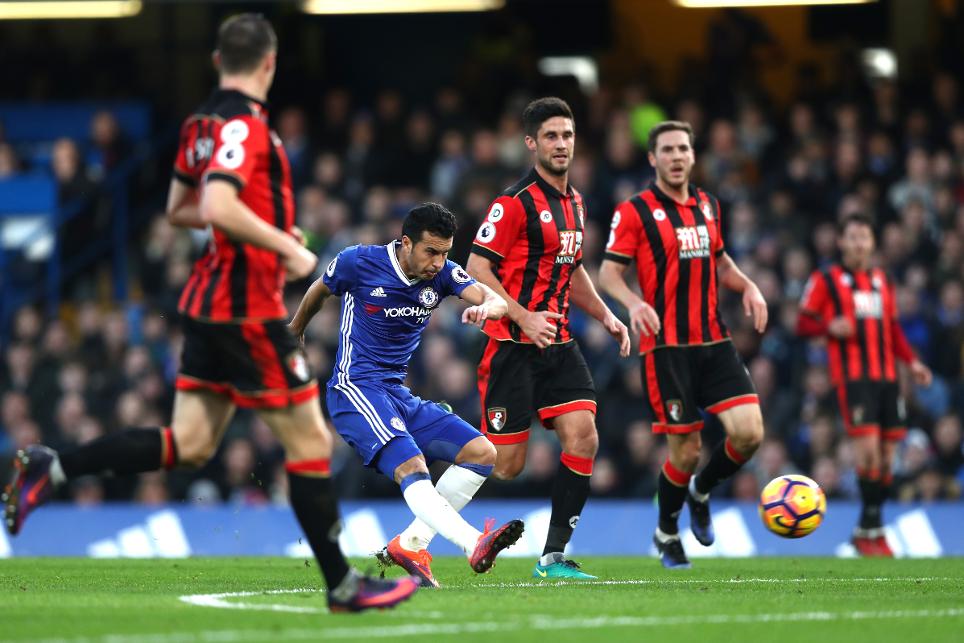 Steve Cook - We played into their hands External Link

The winger completed 80% of his 41 passes, in addition to a goal and an assist following a deflected shot off Cherries defender Steve Cook (£5.1m).

Pedro's BPS tally of 41 was the highest of any midfielder in Monday's matches and meant he earned three bonus points.

The Belgian claimed a goal from the penalty spot and completed 13 dribbles and 85% of 56 attempted passes.

Hazard lost out on the maximum three bonus points because he was tackled on four occasions.

Gary Cahill (£6.3m) picked up the single bonus point on offer as Chelsea earned a fourth successive clean sheet and their eleventh of the season.

The centre-back completed 96% of his 51 passes and made six recoveries.

Pedro's third double-figure tally of the season failed to ignite FPL interest as the Spaniard picked up his fifth yellow card.

He will now serve a one-match suspension in the Gameweek 19 visit of Stoke City to Stamford Bridge.