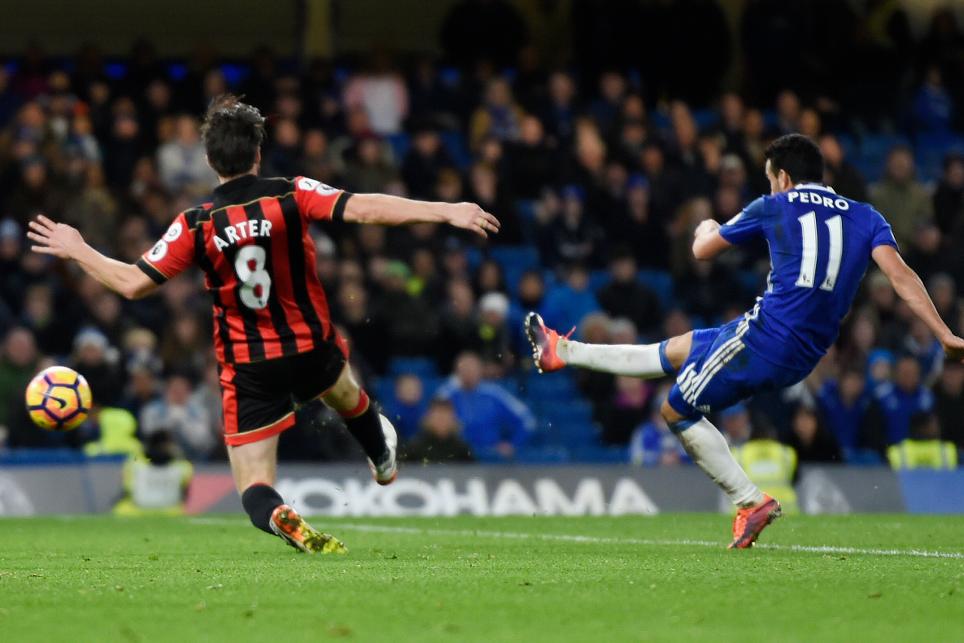 Pedro had given Chelsea the lead with a curled effort from 18 yards supplied by Cesc Fabregas’ 98th Premier League assist, before Hazard scored a penalty in the 49th minute after he was fouled by Simon Francis.

AFC Bournemouth were dangerous throughout and twice went close through Jack Wilshere and substitute Benik Afobe, but Antonio Conte’s men held firm and got a late third when Steve Cook deflected in Pedro's shot.