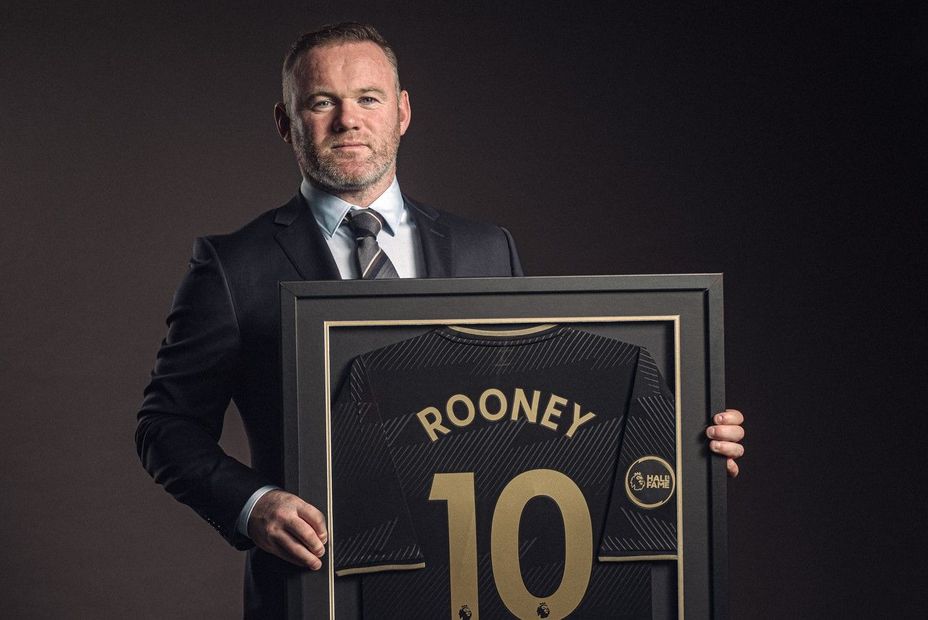 Having been inducted into the Premier League Hall of Fame for 2022 alongside Patrick Vieira, Wayne Rooney has spoken about the qualities of some of the former players on the shortlist whom the public could vote for.

Out of 25 legends, the six with the most combined votes from fans and the Premier League Awards panel will follow Vieira and Rooney as inductees. The vote closed at 21:00 BST on Sunday 3 April.

Among the nominees is Robin van Persie, whom Rooney assisted for a memorable goal against Aston Villa in April 2015, playing a long ball from his own half that was met with a stunning volley from the edge of the box.

"We worked on that in training," says Rooney. "It's probably, in my opinion, the best goal there's been in the Premier League."

Surprising words from the player whose overhead kick in the Manchester derby in 2010/11 has been rated as the best in the competition's history.

"He was probably the missing link at Manchester United," says Rooney. "We had a very good squad but his experience brought a real calmness to the whole team.

In contrast to Van Persie and Van der Sar, Paul Scholes came through the Man Utd Academy and ended up being a one-club man, winning 11 Premier League titles and scoring over 100 goals, while adding 55 assists.

"It was [his] pure ability just to dictate games," says Rooney. "I think people underestimate just how good he was."

Rooney is also painfully aware of the talent on show in the other half of Manchester, at the Etihad Stadium.

'Aguero gave me my lowest moment'

It is hard for Rooney to forget the iconic strike from Sergio Aguero on the final day of 2011/12, as Manchester City pipped Man Utd to the title on goal difference.

"His goalscoring ability, if he got a chance he'd take it," says Rooney. "He gave me one of the lowest moments in football I've ever had."

'I loved battles with Kompany'

On Vincent Kompany, who won four titles with Man City, Rooney adds: "He was such a powerful player. I used to love battles against him."