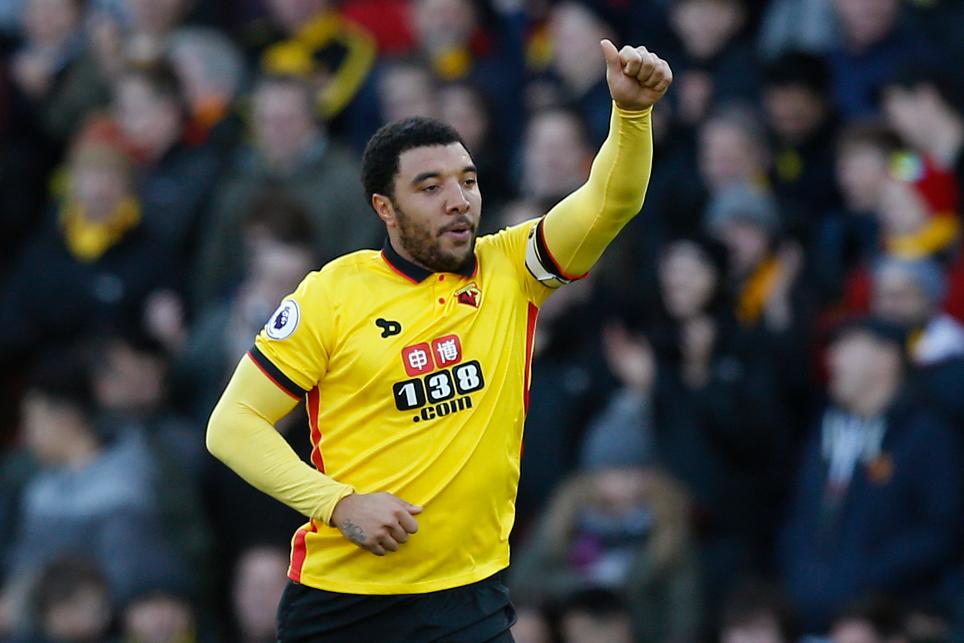 Troy Deeney prevented Sam Allardyce from enjoying a winning start at Crystal Palace with a late penalty for Watford in a 1-1 draw at Vicarage Road.

Yohan Cabaye's smart finish from Andros Townsend’s through-ball gave Allardyce's team a half-time lead that could have been two goals, but Christian Benteke’s penalty was saved by Heurelho Gomes after the Watford goalkeeper had brought the Belgian down.

But Watford, who had been disrupted by two early forced injury substitutions, improved in the second half and equalised through Deeney's 71st-minute penalty, awarded for Damien Delaney’s foul on Sebastian Prodl at a corner.

Ahead of Boxing Day's remaining matches the point lifts Watford to 10th while Crystal Palace were unable to distance themselves from the bottom three.