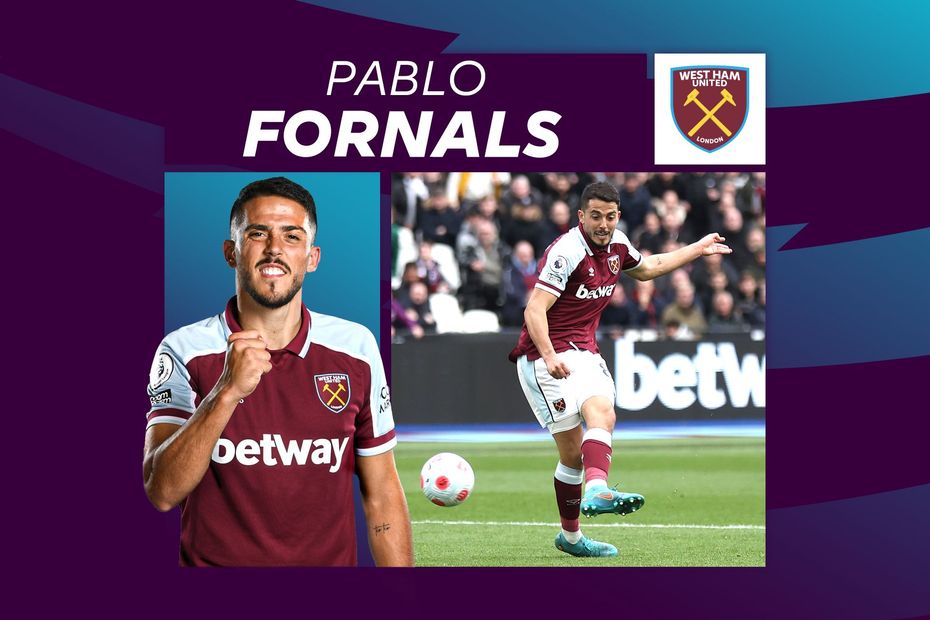 Adrian Clarke looks at key tactical points and players who can be decisive in Matchweek 30.

The focus of West Ham United’s attacking prowess always seems to centre around Michail Antonio and Jarrod Bowen, but the influence of Fornals should also be heralded.

The Spaniard has scored six Premier League goals this term, just two fewer than Antonio or Bowen. He is a midfielder whom David Moyes trusts to deliver end product.

Fornals is industrious, skilful and a terrific finisher, converting 24 per cent of his shots this term.

Also versatile enough to be used in a number of positions, he could even play as a "false nine" should Antonio or Bowen not be fit to start against Tottenham Hotspur this Sunday as both look to get the upper hand for a top-four finish.

Under Moyes, West Ham have developed into a dangerous counter-attacking team, registering five goals from fast breaks in 2021/22.

That ranks them second behind Arsenal, who have scored six such goals, and one ahead of Spurs.

The hard-working Fornals has bagged four of those five goals.

Last weekend, Fornals scored at home to Aston Villa from a breakaway that was inspired by a Declan Rice dribble from inside his own half, with Said Benrahma supplying the assist.

Earlier in the campaign, Rice and Benrahma also instigated a brilliant counter-attacking goal for Fornals against Leicester City.

His other two such goals arrived at home to Liverpool and away at Villa, with Bowen the chief architect on those occasions thanks to his running power.

Fornals boasts a two-footed goal threat, scoring four times with his left this season and twice with his right.

He also has the ability to put moves together. He has combined well with right-back Ben Johnson in recent matches and is excellent at switching the point of attack with a pinpoint crossfield pass.

Laying on 35 chances in 25 starts, Fornals is West Ham’s joint-most creative player alongside striker Antonio, when his stats are taken per 90 minutes.

When you couple that productivity with his ability to calmly convert chances, it is easy to see why he has been selected so often.

Wherever he operates in this crunch London derby, Fornals is capable of making a difference.

Part 1: How Watkins and Ings have forged a potent partnership