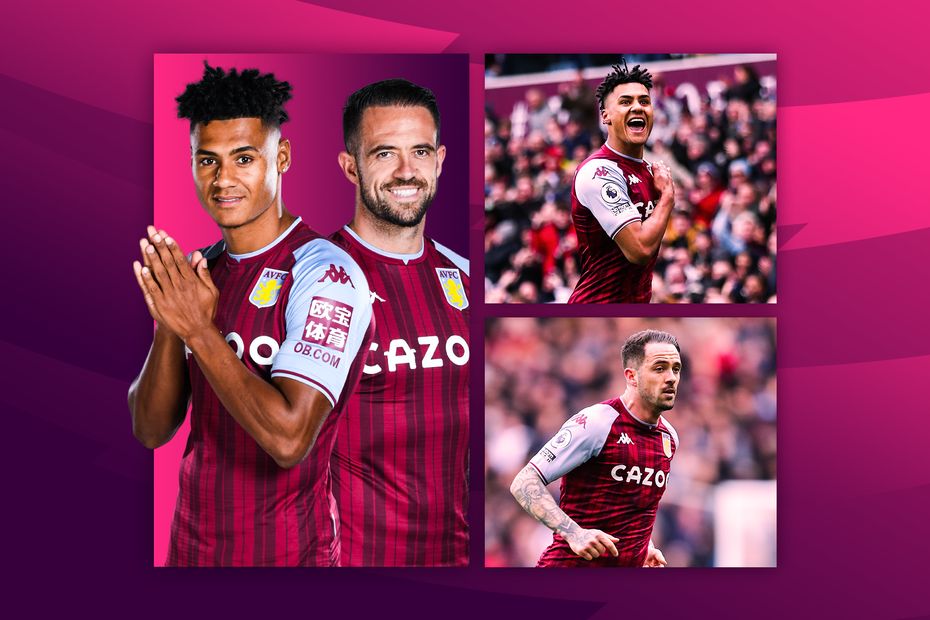 The Presser: Gerrard quizzed ahead of Arsenal External Link

Adrian Clarke looks at key tactical points and players who can be decisive in Matchweek 30.

In terms of goal output, the Watkins-Ings strike partnership has been a slow burner for Aston Villa, but the quality they bring in tandem is starting to emerge.

Since taking charge, head coach Steven Gerrard has at times tinkered with the set-up of his forward line, but he now appears to have settled on a 4-4-2 diamond formation.

With Philippe Coutinho at the tip of his midfield behind those two strikers, Villa have claimed nine points from a possible 12, recording a 2-0 win over Brighton & Hove Albion, beating Southampton 4-0 and winning 3-0 at Leeds United.

Despite a 2-1 defeat at West Ham United last time out, Gerrard’s side still produced an impressive seven shots on target, so he should persist with this system for their weekend home encounter with Arsenal.

While Watkins and Ings have not always clicked, the team’s goal threat and win ratio are better when they both feature in the starting XI.

The only time they have started together where Villa failed to score was in their first match at Chelsea. Since then, the team have netted in 12 successive contests with the duo leading the line.

They are both expert finishers who can link play well, while their work-rate and mobility means they are a handful for defenders.

Villa’s last Premier League home match against Southampton saw the movement and skill of their talented attacking triumvirate come to the fore.

Coutinho, Watkins and Ings all scored, with Ings also providing two assists and Coutinho setting up one goal.

Interestingly, all three have been a thorn in Arsenal’s side in previous matches.

Attacking from all angles

Coutinho will look to push forward in support of the front two and it will be imperative that holding midfielder Thomas Partey tracks him.

Passing Coutinho on is an option, but if Ings and Watkins are also ahead of the ball, the Brazilian will need to be followed.

Coutinho regularly drifts wide, which has potential to create overloads around Arsenal’s full-backs. The overloads must be watched.

Ings also likes to drop into pockets of space between the lines, allowing the speedy Watkins to stay high, operating centrally on the shoulder of the last defender.

A good example of this, was Villa’s opening goal in that 4-0 win against Saints, where Ings played a brilliant forward pass into Watkins from the centre.

Ings and Coutinho may both occupy positions in half-spaces on Saturday, either side of Arsenal’s solo defensive midfielder Partey, and this may be problematic for the Ghanaian.

In those scenarios, Ben White or Gabriel are likely to follow Ings into those areas, but that will run the risk of leaving Watkins in a 1v1 with the other central defender.

The alternative would be to slide Granit Xhaka inside to play closer to Partey, which may then impact the Gunners’ desired style of play.

If Arsenal fail to deal with the threat posed by Ings and Watkins, Villa can record a third successive home win against the north London club.