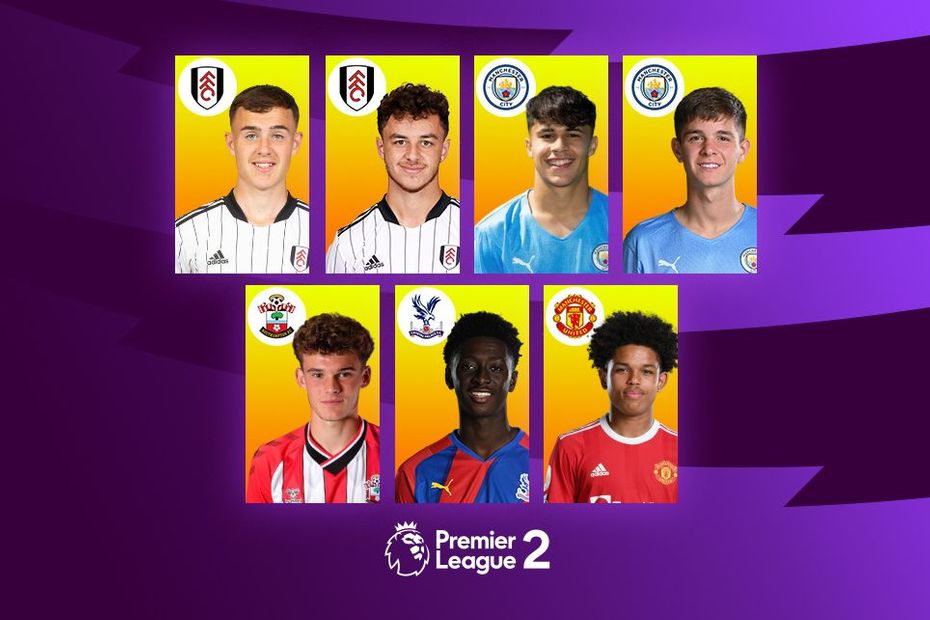 Seven Under-23 players have been nominated for February 2022's Premier League 2 Player of the Month award.

The 16-year-old made a real impact for Fulham in February, scoring four times in two matches on the way to the club sealing promotion. Three of those came in Fulham's 6-1 victory at Newcastle United, with the striker netting a 10-minute hat-trick. Harris then hit the equaliser in a 2-1 victory over Aston Villa.

Hilton was another key figure for Fulham last month. The 21-year-old midfielder followed up two assists in a home victory over Sunderland, by making one goal and scoring another, a penalty, against Newcastle. He ended the month with another goal and assist against Villa.

The Spanish left-back helped Manchester City's defence keep three clean sheets from their three matches. The 18-year-old also created one of the five goals scored in their 5-0 Division 1 victory at Derby County.

The 19-year-old struck twice at Derby before his penalty set City on route to a 2-0 home success against West Ham United. The midfielder, who won this award in August, also earned a place on the bench for City's Premier League victory over Manchester United.

The 17-year-old forward enjoyed a prolific month for Southampton, netting four times in Division 2. He began with the only goal at West Bromwich Albion, followed by the opening goal and an assist in a 3-2 defeat by Birmingham City. Pearce then bagged a brace, including a wonderful solo effort, in a 4-2 win against Nottingham Forest.

The 19-year-old helped Crystal Palace enjoy an unbeaten month. The midfielder scored one goal and provided an assist in a 4-1 success at Tottenham Hotspur, before his late double earned a 2-0 win over Brighton & Hove Albion.

Shoretire began February with a pair of assists in a 3-1 win against West Ham. The forward then created another in a 2-2 draw with Palace, before scoring the Red Devils' final goal in a 5-2 victory over Derby.