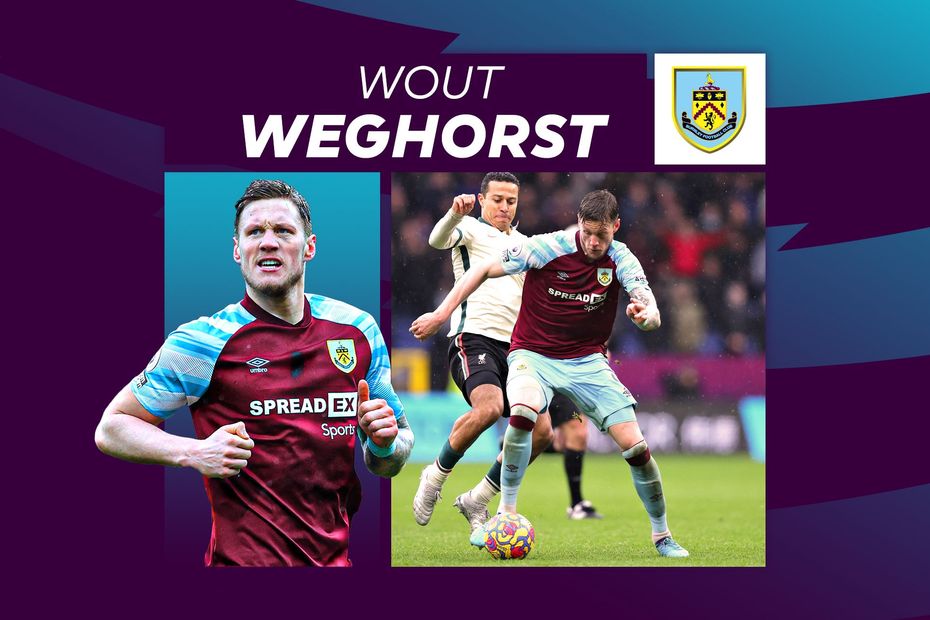 Burnley have kept four clean sheets in their last seven matches but it is the impact made by new striker Weghorst that is creating the most buzz at Turf Moor.

Leading the line with distinction and showing flashes of great quality, the towering Dutchman looks capable of being a real star for Sean Dyche’s side in the Premier League as they prepare to host Leicester City.

The Foxes' rearguard have struggled for much of this season, with only four top-flight sides having a higher total for Expected Goals Against than their 40.6.

There is a big opportunity on Tuesday for January signing Weghorst to fire his new club out of the relegation zone.

Weghorst scored his first goal in English football in Burnley's 3-0 win at Brighton & Hove Albion, sweeping a one-touch strike into the bottom corner from a Connor Roberts cutback.

It was a confident finish that outlines why he enjoyed such a prolific record in the Bundesliga with Wolfsburg.

In the same match, Weghorst also provided an assist.

Latching on to a bouncing ball, he held off a Brighton defender before playing midfielder Josh Brownhill in with a well-weighted pass.

📽️ Our pitchside camera caught all the goals and celebrations at the Amex - more of the same tonight? 🙌#BURTOT | #UTC pic.twitter.com/yJ6qA0ULko

It was Weghorst's second assist since joining the club, with the first coming from a wonderful piece of individual skill in a 1-1 draw at home to Manchester United.

Conjuring up a classy turn past Harry Maguire, he sent Jay Rodriguez clear to score a vital equaliser.

Weghorst’s three direct goal involvements are the most of any Burnley player since he made his debut.

Indeed, he has been involved in half of the goals his new team have scored since his arrival.

Standing 6ft 6in, Weghorst was expected to be a major aerial threat inside the box, but that has not been the case so far.

Strangely, it took until his sixth appearance in Saturday's 1-1 draw with Crystal Palace for the Netherlands international to register his first headed attempt in Burnley colours.

Dyche does not want his players to solely target Weghorst with long balls in the air.

The 29-year-old has participated in only 7.43 aerial duels per 90 minutes, compared to the 12.03 average of his predecessor Chris Wood with the Clarets before his January departure.

Instead, Weghorst has excelled with the ball at his feet, varying his game to keep defenders on their toes.

The Dutchman can drop into pockets of space, turn and carry the ball at speed. He can back into defenders and hold it up for others. He is also prepared to sprint beyond the last man into space.

Weghorst is one of Burnley’s best ball-carriers and that trait helps them gain territory higher up the pitch.

On current form, he will be a real handful in the coming weeks and a key figure in Burnley's battle for safety.