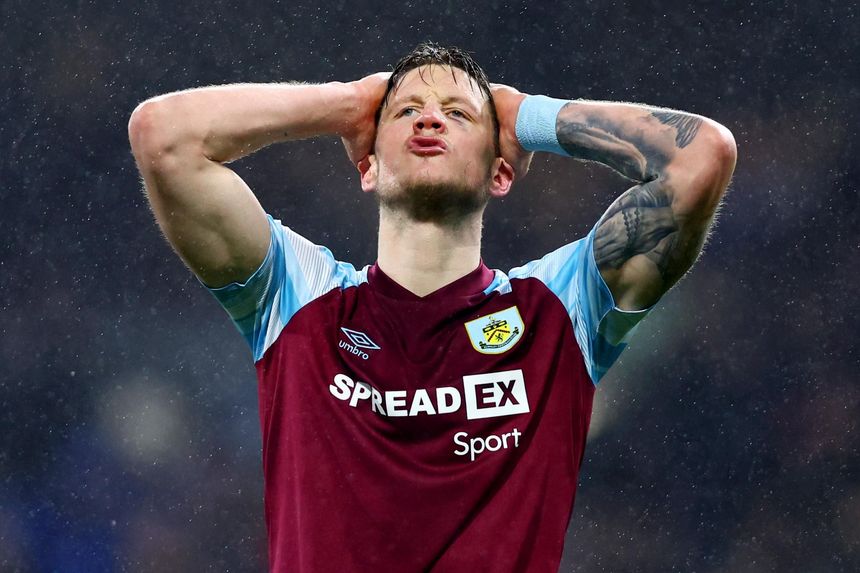 Millions of Fantasy Premier League managers were left to rue their decision to go big on Burnley's Double Gameweek 27.

Indeed, Wout Weghorst (£6.8m) was unable to justify his position as the top transfer target in a Gameweek where more more than 600,000 managers deployed a Free Hit chip.

Those who used the chip to bring in Weghorst had high hopes after his 14-point return in DGW26 led to him being snapped up by nearly one million managers.

But the Dutchman was unable to score in either of his two GW27 matches, a 1-1 draw at Crystal Palace and a 0-2 loss to Leicester City. Indeed, he was booked against Leicester and finished the Gameweek with only three points.

Ben Mee (£4.8m) was the second-most popular transfer in, gaining 647,000+ new owners after a 15-point haul against Tottenham Hotspur last week. But the Burnley defender also returned only three points across his two matches as he went off injured in the first half against Leicester.

In total, there were over 2.7m moves for Burnley players for their pair of matches. As it turned out, Nick Pope (£5.4m) and Aaron Lennon (£4.9m) were the only Clarets players to return five or more points.

Son Heung-min (£10.8m) took third spot, with more than 636,000 managers bringing in the South Korean. They were rewarded as Son found the net from a sublime Harry Kane (£12.2m) assist as Spurs won 4-0 at Leeds United to earn his owners nine points.

Weghorst also featured among the top three captains for DGW27, with more than 676,000 backing him with the armband.

Manchester United pair Cristiano Ronaldo (£12.4m) and Bruno Fernandes (£11.7m) were the most-popular picks for the armband among players in action this weekend but both failed to deliver in the 0-0 draw at home to Watford.

Weghorst was the No 1 pick among the leading 100 managers in Fantasy, captained by 76 members of this elite group, showing that even the best of the best can be caught out in Fantasy.

Kane and Son completed the top three. Kane scored before assisting Son's strike, earning him two bonus points and a fourth double-digit haul of the season, with the previous three also away from home.

The three most-sold players were all from Liverpool, who next play in the Premier League when West Ham United are the visitors to Anfield in Double Gameweek 28.