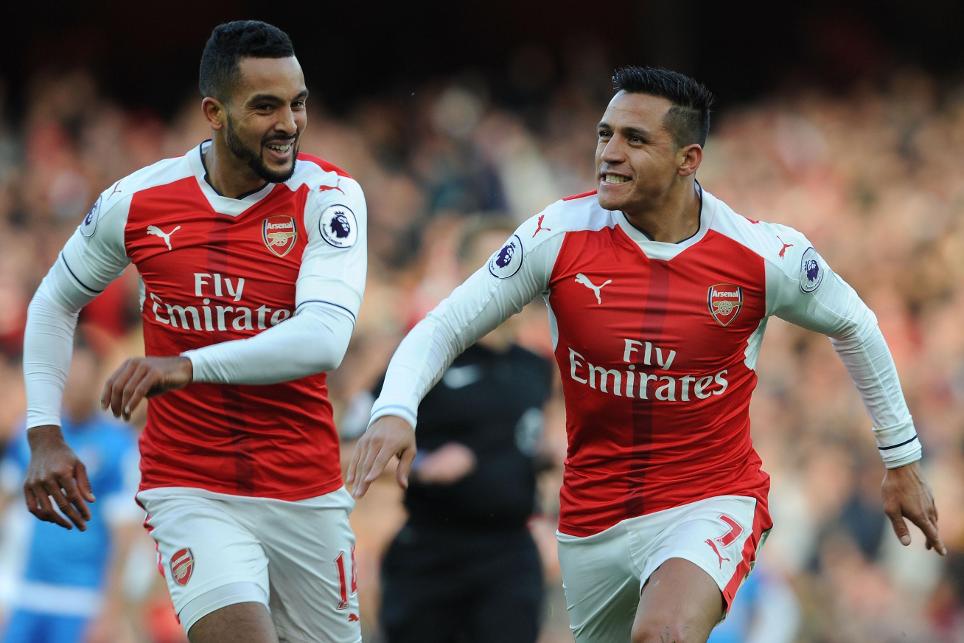 What does Alexis think of London? External Link

'There's no pause, it's about working' External Link

A home encounter with West Bromwich Albion affords Theo Walcott (£7.8m) the platform to play his way into Fantasy Premier League managers’ winter plans and the statistics suggest he is likely to reward managers who put their faith in him.

The Arsenal winger scored his third goal in five Gameweeks at Manchester City last weekend, helping him climb to fourth in the FPL midfield standings.

A look at the Gunners' upcoming schedule indicates he could continue to flourish.

According to the Fixture Difficulty Rankings, Arsenal’s next six matches score a total of 11.

They host Crystal Palace, Burnley and Watford after West Brom, with trips to AFC Bournemouth and Swansea City also happening.

Compared with his previous displays, it is clear Walcott's goal threat has been on the rise over the last four fixtures.

Both the winger’s goal attempts per match (from 2.8 to 3.5) and efforts in the penalty area (from 2.2 to 3.2) have risen, suggesting he could soon improve upon a downturn in accuracy, where an average of 1.5 shots on target has slipped to 1.0.

Walcott’s close-range numbers are of particular interest to FPL managers.

His 13 shots inside the penalty area in the last four Gameweeks are the most in the Premier League and more than Alexis Sanchez (£11.8m) and Mesut Ozil (£9.6m) combined, each having five apiece.

Residing in 15.5% of FPL squads, Walcott has started all 16 Premier League matches he has been available for this season and appears immune to Arsene Wenger’s rotation plans.

Although Sanchez remains the most explosive option among Wenger's attackers, Walcott’s numbers indicate he could thrive when partnered with the Chilean in our squads over those favourable fixtures.

That combination would offer cover of Arsenal's attacking potential both home and away. Walcott has netted six of his eight goals this season at Emirates Stadium, whereas only three of Sanchez’s 12 strikes have been at home.

With West Brom registering just one clean sheet in 14 fixtures, interest in Walcott could spike after Gameweek 18, as he closes the gap on Sanchez as Arsenal's top FPL target.