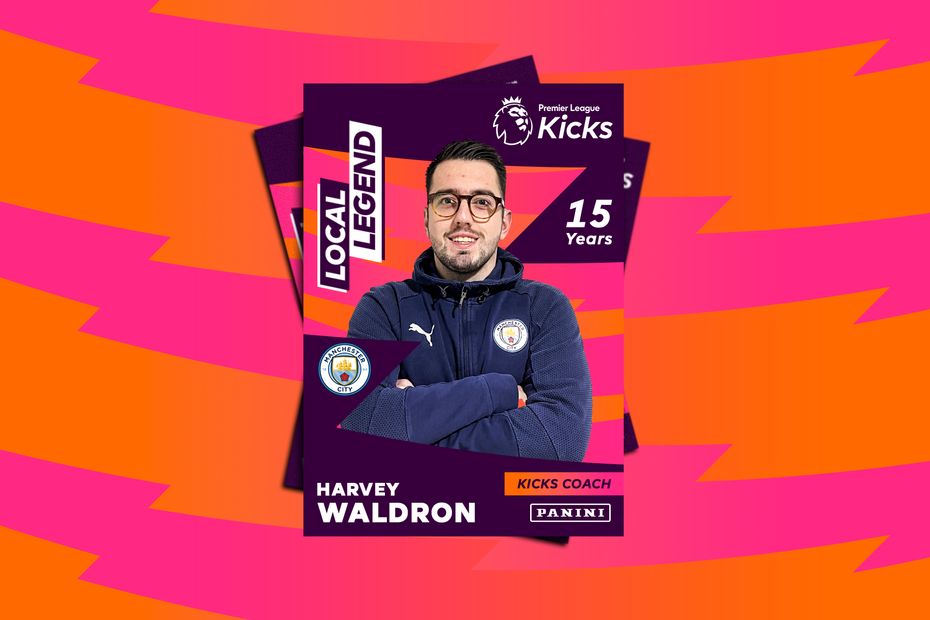 Harvey Waldron has always loved football, but, born deaf, he found it difficult as a youngster to play in a mainstream setting.

"When I was growing up, there were not many deaf coaches or specialised coaches that can sign," he explains.

But, in 2015, Harvey joined a hearing-impaired football programme in Manchester run by City in the Community (CitC) that has transformed his life and helped him to change the lives of others in the area.

Within two years of joining the programme run by Manchester City's charitable foundation, Harvey had become a volunteer, helping to deliver soccer schools as well as disability and girls' sessions in the city.

"I was determined to become a coach to make sure the deaf participants that come to the sessions see that I'm the coach to impact their lives, so they think they can do anything they want to," he says.

And since 2018, he has been working as a Premier League Kicks coach, inspiring young people who are in the same position as him and showing them that they too can overcome barriers to achieve their potential.

"Harvey's an incredible young man and it's amazing to see him leading the sessions," says CitC head of community Mike Geary. "We've really benefited from his experience and listening to him and his opinion from being a participant to understand what our next generation of participants might want or might benefit from."

"It makes a massive difference to peoples' lives," Harvey says. "I feel very proud of my journey from being a volunteer to where I am now, being a part of the amazing Premier League Kicks."